Victoria and David Beckham’s former £11.5million ‘palace’ is bigger than the Queen’s castle

David and Victoria Beckham are now proud owners of an Incredible Estate in the Cotswolds, a Mansion in London, and an Epic apartment worth £19million in Miami, where they are currently staying with their children Brooklyn, Romeo, Cruz and Harper.

Back in 1999, though, the couple bought a mammoth home coined ‘Beckingham Palace’ in Sawbridgeworth, Hertfordshire for £2.5million, where they lived for almost two decades. Fast-forward to 2014 and, after reportedly splashing out an additional £3million on further renovation, the pair put it on the market for a whopping £18million. It was officially sold for £11.5million in March of the same year to multi-millionaire, Neil Utley.

WATCH: Inside the Beckham family’s most incredible homes

So, does it really warrant a name that hails from the Queen‘s most iconic royal residence, Buckingham Palace?

The property, formerly known as Rowneybury House, is set within 24 acres of ground – that’s 15 acres less than the real Buckingham Palace, but 11 acres more than Her Majesty’s second home, Windsor Castle.

Inside, there are seven bedrooms, a recording studio, an indoor swimming pool, a snooker room and a gym.

It is believed that the couple’s son Brooklyn’s bedroom, who was a toddler at the time, had £20,000 worth of fiber optic lights installed in the ceiling to recreate the sky, alongside Disney-themed wallpaper.

Victoria previously opened up about her and David’s bedroom, too, which she described as “quite virginal and white, with a big four-poster old, oak bed”. And bathrooms? One was said to be curated to honour Victoria’s idol at the time, Audrey Hepburn.

The outdoor area is just as impressive. At the time of sale, it featured its own private woodland chapel, fake ancient ruins that formed a playground, a maze-style area in the garden, a barbecue and even a football pitch which we’re sure footballer David made good use of. It’s not known exactly what the property looks like inside now, but its current owner Neil said that he had little intention of changing much upon moving in. 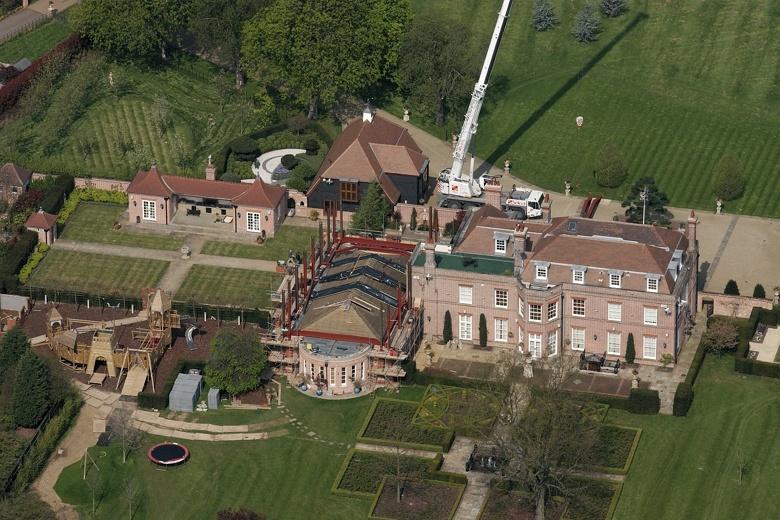