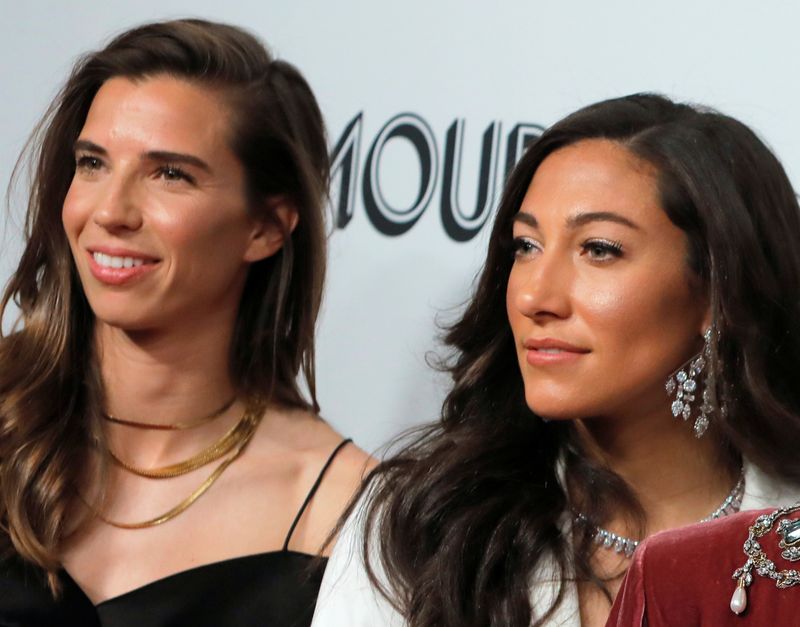 LOS ANGELES (Reuters) – Members of the U.S. women’s national soccer side are using their experience as female entrepreneurs to lend their support to businesses selling everything from coffee to lingerie, as part of the team’s mission to try to level the playing field for women.

Press and Heath, who launched online clothing retailer Re-Inc last year with teammates Megan Rapinoe and Meghan Klingenberg, said they wanted to impart some of the lessons they learned from that experience.

“The exciting part is sharing our experiences as female entrepreneurs with others,” Press told Reuters this week.

“And coming from a sports background, we have amazing access to people and a world class team. And we’ve had amazing mentors.”

Heath said she felt fortunate to “get to give” back.

“What we’ve gained from mentorship to what we’ll be able to give to these 15 winners is really powerful,” she said.

A judge threw out players’ claims that they were underpaid in comparison with the men’s team, but allowed claims over unfair medical services, travel and training to proceed to trial, which is set for Sept. 15.

The teams plan to appeal the ruling over wages.

Press said that rather than be discouraged, she is inspired by the outpouring of support for their cause.

“Our lawsuit was never going to be easy and we knew that going into it,” she said.

“No team is better prepared for a long and hard fight than the U.S. women’s national team.”

Press, who is Black, said she had been inspired by the protests against racial injustice that followed the death of George Floyd, a Black man who died in police custody in Minneapolis in May.

And although the coronavirus pandemic has been devastating, she said it had also created a space for people to reflect on the type of world in which they want to live.

“It is definitely both sides of the coin and an emotional rollercoaster, but I think in my lifetime this is one of the greatest opportunities to create systemic change,” she said.

The pandemic has forced the postponement of the 2020 Tokyo Games, where the team was favored to win a fifth Olympic gold medal.

Heath said the players was disappointed not to play but will be ready when international competition can resume.

“There will be a time when hopefully everything can return safely,” Heath said.

“And I know for myself and Christen, we are looking forward to that and will be ready once it comes.”