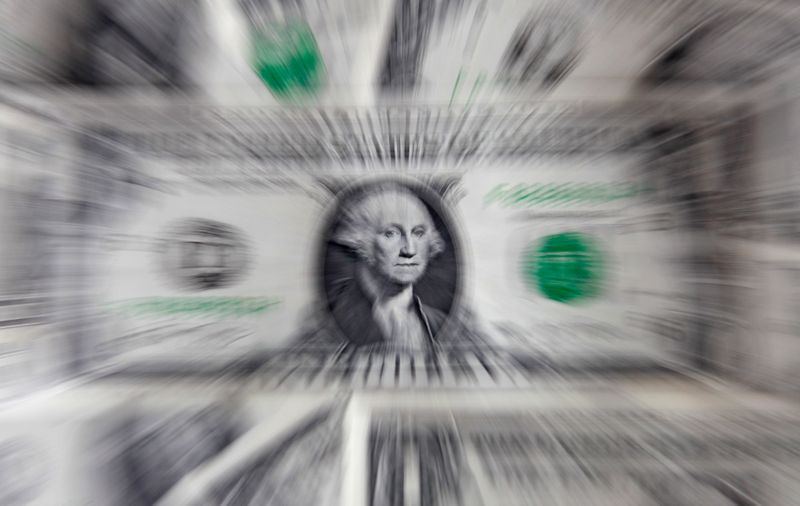 © Reuters. U.S. dollar banknotes lie on a table in this picture illustration taken in Warsaw


By Howard Schneider and Jonnelle Marte

WASHINGTON (Reuters) – Income inequality in the United States narrowed in the first three years of the Trump administration as rising wages and a low unemployment rate fueled gains for lower-income and less educated families, according to U.S. Federal Reserve data released on Monday.

Wealth inequality was largely unchanged, with the top 10% of families holding about 71% of family wealth in 2019, roughly the same as in 2016, the Fed found in its latest Survey of Consumer Finances, conducted every three years.

The survey provides a snapshot of how income, assets and debt are distributed across the population, and in this case how the benefits of the final years of a decade-long economic expansion had begun flowing to typically less advantaged parts of the population.

Most of the survey was conducted last year, before the coronavirus pandemic ended that expansion and pushed the United States into a recession that may endanger some of the very gains documented in the report.

But the data did reflect a pause at least in the long trend toward wealth and income becoming more concentrated in the upper end. Overall, for example, average incomes fell, but that was driven by a decline in incomes among the top earners.

The same dynamic was behind the 6% decline in average income for whites, from $133,000 to $122,000. White families are disproportionately represented among the ranks of the top earners, but Fed economists said their incomes can also be more volatile because they are more dependent on the proceeds of private businesses or dividends and gains from asset holdings.

Although the top 10% retained a steady share of wealth, the period did see some reshuffling among the rest of the population.

Those in 25th to 50th percentiles saw wealth gains of 36% over the period, attributed by the Fed to rising rates of home ownership and increased stock holdings.

While the net worth of those in the bottom quartile also increased, that one-fourth of American families still held just 0.3% of family wealth.

2020-09-28
Previous Post: Markets in Q3: The charge before the storm
Next Post: U.S. must stand up to China if Biden wins, focus less on trade, Krugman says