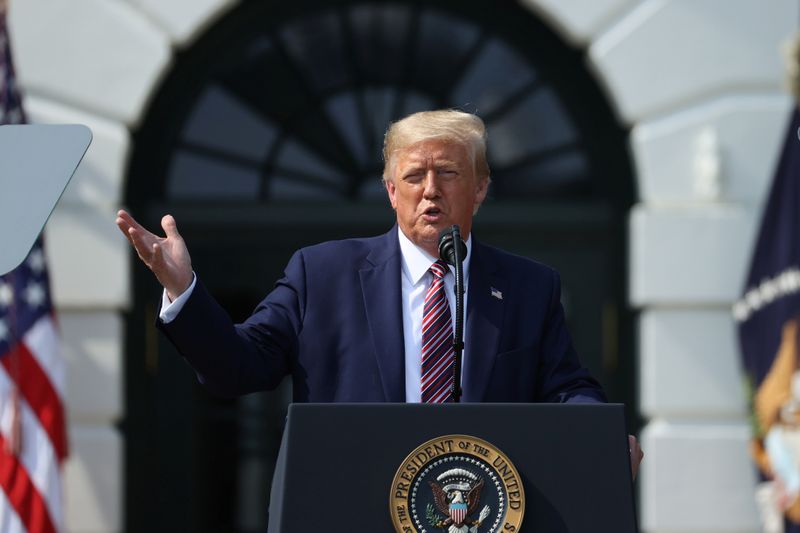 © Reuters. U.S. President Trump touts administration efforts to curb federal regulations during an event on the South Lawn of the White House in Washington


WASHINGTON (Reuters) – President Donald Trump on Monday said he plans to send law enforcement personnel to some major U.S. cities, as a federal crackdown on anti-racism protests including use of unmarked cars and unidentified officers in camouflage in Portland, Oregon, angers people across the country.

“We’re sending law enforcement,” Trump told reporters at the White House. “We can’t let this happen to the cities.”

State and local leaders in Oregon, as well as members of Congress, meanwhile, have called for Trump to remove Department of Homeland Security officers from Portland.

“They’ve been there three days and they really have done a fantastic job in a very short period of time, no problem,” Trump said of law enforcement sent to the historically liberal city to quell often unruly protests. “They grab a lot of people and jail the leaders. These are anarchists.”

Federal officers last week began cracking down on Portland protests against police brutality and systemic racism, using tear gas and taking some activists into custody without explanation. Despite a national outcry over the tactics, Department of Homeland Security officials on Monday said they would not back down and would not apologize.