Manchester United will only have to pay about 20m euros (£18.5m) if they want to sign Real Madrid and Wales winger Gareth Bale, 31. (Mundo Deportivo – in Spanish)

Douglas Costa has been put up for sale by Juventus. Manchester United have previously been linked with the 29-year-old Brazil winger. (Goal)

Denmark midfielder Christian Eriksen, 28, could be allowed to leave Inter Milan just months after joining from Tottenham. (Calciomercato – in Italian)

Arsenal want to sign Iceland goalkeeper Runar Alex Runarsson, 25, and have opened talks with Dijon over a deal. (Telegraph)

Porto have lowered their asking price for Brazilian left-back Alex Telles to 20m euros (£18.5m), with Manchester United interested in the 27-year-old. (A Bola – in Portuguese)

Spurs are in talks with Trabzonspor over a deal for Norway striker Alexander Sorloth. The 24-year-old is on a two-year loan from Crystal Palace and the Turkish club have an obligation to buy if he starts half of their matches this season. (Express)

Tottenham have entered the race to sign Hellas Verona and Albania centre-back Marash Kumbulla. Both Chelsea and Manchester United have been linked with the 20-year-old. (L’Arena, via Sun)

Newcastle have enquired about taking Roma and Turkey winger Cengiz Under on loan. Leicester are also interested in the 23-year-old. (Inside Futbol)

Bournemouth have told Leicester they will have to pay £50m to sign Wales midfielder David Brooks, 23. (Sun) 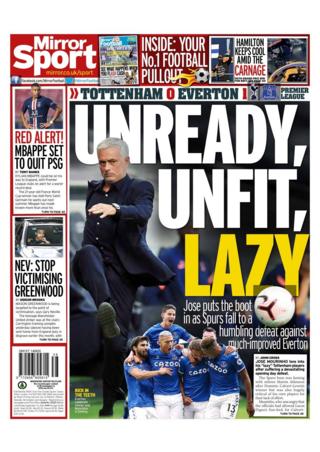