Torchlight II Free on The Epic Game Store Until July 23

The current free game on The Epic Games Store is Runic Games’ action RPG Torchlight II. The game will be free until July 23. After that the next two free games from July 23 to 30 will be Next Up Hero and Tacoma. 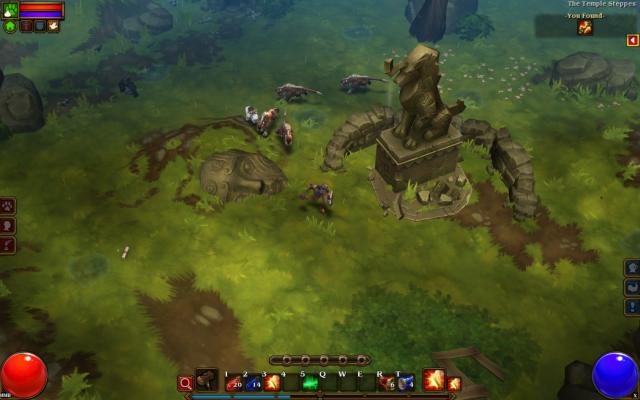 Here is an overview of Torchlight II:
Torchlight II is filled to the brim with randomized levels, enemies and loot. Capturing all the flavor and excitement of the original, Torchlight II expands the world and adds features players wanted most, including online and LAN multiplayer.
CHARACTERS
With four classes to choose from, you’ll have a variety of play styles at your fingertips. Each class can be played as either male or female, with customized cosmetic features and looks to make your hero stand out.
MULTIPLAYER
Play co-op with your friends via LAN or over the Internet for free. Our matchmaking service lets you connect and play games with people around the world.
OPEN WORLD
Explore the vast overworld and multiple hub towns of Vilderan. Fight through rain, snow, day and night. Level randomization ensures new layouts, paths, loot, and monsters every time you play.
NEW GAME PLUS
In New Game Plus, the game’s not over until you say it is. Once you’ve beaten Torchlight II’s primary campaign, you can start again with the same character for a significantly greater challenge. You’ll keep all the skills, gold, and gear you worked so hard for!
PETS & FISHING
These popular features make their return in Torchlight II in improved form. More choices, better effects, and your pet will still make the run to town to sell your loot so you don’t have to.
MOD SUPPORT
Use GUTS, the Torchlight II editor, to create and share your work with the entire world! (Windows only)

2020-07-19
Previous Post: As the PS5 draws near, PlayStation promises there’s ‘still a ton of life in’ the PS4
Next Post: Switch vs 3DS in Japan Sales Comparison � Switch Closes the Gap in June 2020