Spread the love
There were reports about Shaquille O’Neal joining the AEW roster. Earlier this year, Hall of Famer, Mike Tyson, made an appearance at Double or Nothing. Due to these two actions, conservative wrestling fans were skeptical of Tony Khan because of his decision to bring ‘outsiders’ in.

However, in a recent interview with Sporting News, Tony defended his decision to bring outsiders into the company. He said his decision stemmed back from his early days as a wrestling fan. 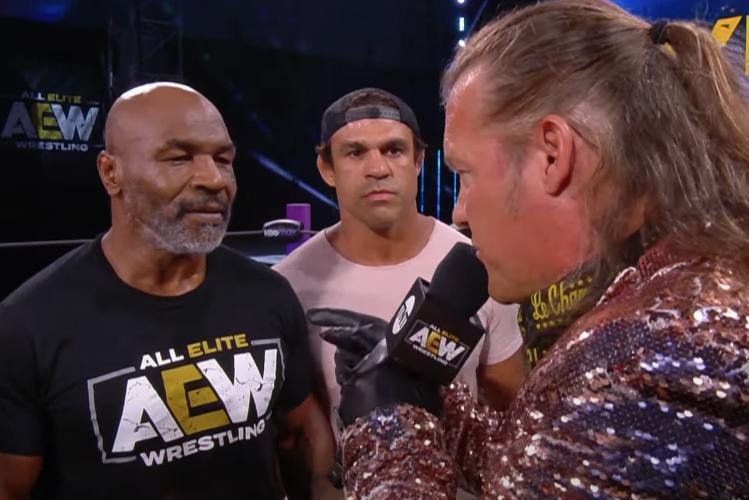 “I think Mike Tyson played a big part in that. We saw this year with “The Last Dance” that sports nostalgia is a very real thing — things that were big in the late ’90s, or the year 2000 that some of those things have still never been matched, and there’s still nobody like those people.”

Mike Tyson is returning to boxing after 15 years to face Roy Jones Jr. Tony is hopeful that Tyson will work with AEW in the future, “I’d love to do stuff with Mike again — he’s a good friend, and he’s always been very good to me, and I have a lot of respect for him, and I hope Mike comes out of this fight OK.”

Like we mentioned earlier, Tony Khan compared Tyson to Michael Jordan and spoke about the nostalgia that surrounds both the legends.

“I think there’s a mystique around Mike Tyson where nobody has ever replicated it, and it’s been over 20 years since he was in his peak, and still, nobody can touch that mystique. So I think he has that.”

Tony then moved his attention to Shaquille O’Neal. According to Tony, Tyson and O’Neal are similar in many ways.

“I think both Shaq and Mike are one of a kind, in very different ways. But for each of them in their sport, there’ll never be another like them. And that’s why I think they still have a lot of interest right around them.”

Tony Khan’s interest and creative input in AEW has skyrocketed the company by a thousand folds. With the financial backing and the interest, AEW is competing with WWE within one year of its arrival. If O’Neal and Tyson come into the roster, it will add to AEW and sports entertainment’s popularity.

Tyson Fury agrees with Conor McGregor: ‘Inactivity kills the cat’
2020-11-21
Previous Post: 3 Teams that Should Sign Gordon Hayward in Free Agency
Next Post: “It’s Hard To Be Just A Straight Fan” – The Undertaker Opens Up on His Life After Retirement