The latest in health news: from food against Alzheimer’s to yoga for migraines

By: climaxnews
In: Food
Tagged: Health, Latest
With: 0 Comments

This study of 2800 people aged 50 and over looked to see if there was a relationship between intake of flavonoids from food and the risk of developing dementia and Alzheimer’s. Significantly, the study took place over 20 years. Flavonoids are found in foods like berries, apples, pears, onions, tea and wine. Low intake was defined as no berries, no tea and one-and-a-half apples per month. High intake was 7.5 cups of berries, eight apples and pears and 19 cups of tea per month. The researchers looked at three specific types of flavonoids. Low intake of flavonols (apples, pears and tea) was associated with twice the risk of developing Alzheimer’s and related dementias (ADRD). Low intake of anthocyanins (berries and wine) was linked to a fourfold increase in risk of ADRD and low intake of polymers (apples, pears and tea) doubled the risk. Don’t forget, eat your flavonoids.

For this study researchers examined men and women to see how they metabolised dinner eaten at 6pm compared to dinner eaten at 10pm. Regardless of the time dinner was eaten, all volunteers went to bed at 11pm. Exactly the same meal was provided at the two different times. The results showed that the subjects who ate later had higher blood sugar levels and the amount of ingested fat burned was lower. On average, the peak glucose after a late dinner was 18 per cent higher, and the amount of fat burned overnight decreased by 10 per cent compared to an earlier dinner. There are individual differences in how this pans out, and the time a person usually goes to bed does have an influence. But with 2.1 billion adults overweight or obese in the world, early dinners should be on the menu.

Source: The Journal of Clinical Endocrinology and Metabolism

Researchers from the University of Milan assigned healthy men and women into two groups. One group was a control group and the other performed leg stretches five times a week for 12 weeks. The stretching was passive stretching, using another person or gravity to perform the stretch (as opposed to active stretching which a person performs on their own). The aim was to see if regular passive stretching had any effect on blood flow. Results showed that arteries in both the lower leg and the upper arm had increased blood flow and dilation (opening) as well as reduced stiffness. These changes indicate improved blood flow control, suggesting that stretching might be useful in conditions such as heart disease and diabetes. The next step is to see if stretching works in people with existing vascular disease, in which case it could be an accessible drug-free treatment.

This study involved people between the ages of 18 and 50 who experienced episodic migraine. Subjects in the study experienced on average 14 headaches per month and were assigned randomly to one of two groups. One group took medication only while the other did yoga plus medication. The yoga group were taught a one-hour yoga practice that involved breathing and relaxation exercises and postures. They were taught by a yoga instructor three days a week for one month, and then for two months they practised on their own five days a week. Both groups received the appropriate medication and counselling about lifestyle changes to help with migraine, like getting adequate sleep, eating regular meals and exercising. After three months the yoga group had a 48 per cent reduction in frequency of headaches compared to a 12 per cent reduction in the medication-only group.

If you want to start weight training be prepared to wait a while for the benefits to show in increased strength. Research shows that it can take a few months for muscles to become stronger, but virtually straight away the parts of your nervous system that need to signal the muscles start operating more efficiently. You might not see or feel the immediate effects, but they are happening.

Source: The Journal of Neuroscience 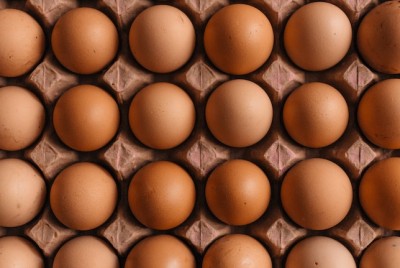 The latest in health news from eating eggs to the link between sleep and weight gain. 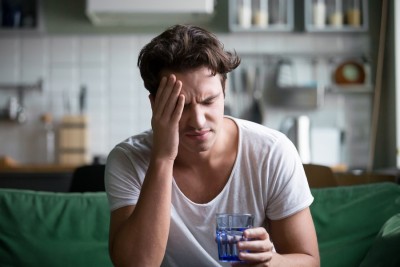 It doesn’t matter how you order your drinks, if you drink too much, you’re still likely to have a hangover.