A takeaway has been fined £1,000 for serving food to a customer four minutes after the COVID-19 curfew.

Bim’s burger restaurant in Ilford, east London, was given the fine after a COVID-19 enforcement team saw a customer standing inside waiting for his takeaway meal on Thursday.

Redbridge Police said they looked at his receipt and it said he was served at “10pm on the dot”.

But, they said the staff did not give him his food “until 10.04pm” so a fine was issued because the curfew is 10pm, as of 24 September.

The owners of Bim’s said their staff “unknowingly breached” the curfew and they began processing his order before 10pm.

“Our staff were under the impression that if an order was placed by 10pm it could still be served,” they said in a statement.

“The food took less than four minutes to arrive and he left at 10.04 pm.

“Our staff were then shocked to be informed that they had breached the new laws by a matter of four minutes.

“New rules regarding COVID-19 are being made thick and fast and sometimes it isn’t clear exactly how they should be interpreted.”

They added that the mistake was “made in good faith” as they said it would have been insulting to ask the customer to leave. 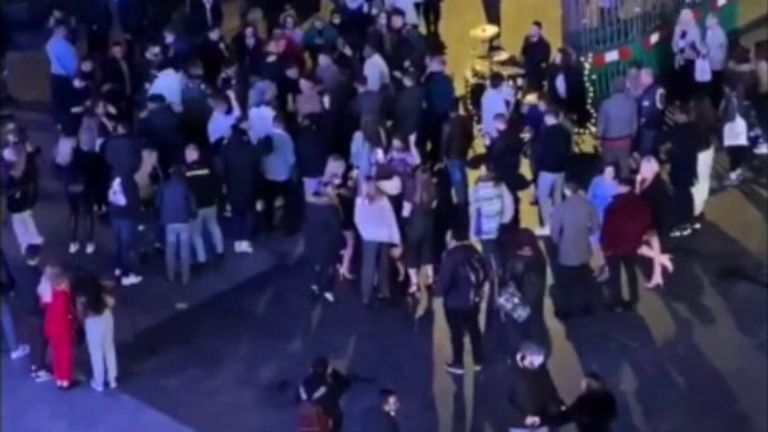 But, they said they will not complain to the police and “will obviously take greater care in future to abide by the law”.

Redbridge, where Ilford is, has the highest rate of infection out of all 28 London boroughs.

Two other Ilford businesses were fined £1,000 on Thursday and another one on Friday as the enforcement team patrolled the area.

On Thursday, Fireaway Pizza was fined after police found two customers not wearing masks and waiting on the premises at 10.20pm, having just placed an order.

On Friday, Eyva Turkish Grill and Meze Bar was fined for serving food at 10.45pm.

2020-10-04
Previous Post: BrandPost: 7 Ways to Optimize Your Cloud for the Long Term
Next Post: This multitasking Cuisinart toaster oven can air fry your food—and it’s on sale