GRAPHS show the third Covid wave is set to hit England in the late summer, but deaths should stay below 100 per day.

Sage – the scientific group that advises the government – made the warnings ahead of the next stage of unlocking, on April 12.

🦠 Read our coronavirus live blog for the latest news & updates…

The group of leading scientists stated that vaccines “aren’t enough” to squash the Covid-19 virus once and for all.

Modelling from three different universities shows there could be a “small resurgence” in late spring and early summer.

Sage said “resurgences in hospitalisations of a similar scale to January 2021 after later stages of the roadmap”.

However, these “worst case scenarios” are based on the “pessimistic but plausible” assumption that vaccines do not work as well as hoped.

There is also early evidence the jabs prevent transmission of the virus, which is crucial for suppressing mild cases of the virus.

Although it would be better if deaths came down to zero, scientists say this is not possible because Covid is so engrained in society.

But if deaths stay in the double figures, it suggest the NHS would be more than able to cope.

COULD A NEW WAVE HIT HARD?

It’s still unclear exactly how vaccines will stop the spread of the virus as life returns to normal.

The graph above, produced by Imperial College London, shows what could happen if there is only a modest reduction in transmission after all four steps of the roadmap out of lockdown have been completed.

It shows that transmission reaches a peak in September and how this could affect hospitals.

If transmission surges after lockdown is completely lifted in June, and the R rate returns to pre-pandemic levels of 4, up to 25,000 beds in England alone could be occupied.

At present the R rate in England is 0.8 to 1, but this is expected to slightly increase with each step of the unlocking.

But if transmission continues to remain suppressed, as it is currently, no more than 5,000 beds will be taken up at the height of a third wave.

But the teams best estimate is that they are no higher than 100 per day, peaking at the end of August.

Experts at Warwick University also predicted a peak in hospital bed occupancy of January levels, in August – but only if the vaccine efficacy is low.

Its main assumption is that no more than 10,000 beds will be used at one point, and daily deaths reach no higher than 250.

The London School of Hygiene and Tropical Medicine (LSHTM) made a more concerning final conclusion.

The team said in papers released yesterday that the lifting of all restrictions in June could cause a wave “comparable to that seen during the first wave” in spring 2020.

Even the next stage of the road map “may lead to a small surge of cases and deaths”.

But SPI-M, a sub-group of Sage, said that in “most scenarios modelled, any peak is smaller than the wave seen in January 2021”.

Asked about the London School of Hygiene model, leading scientists on the Sage sub-group SPI-M said it was “pessimistic”.

Professor Graham Medley, chairman of SPI-M told BBC Radio 4’s Today programme: “That is quite a pessimistic view. But it is plausible, it’s not extreme.

“Essentially what they’ve done in their group is to choose the more pessimistic (view) – in terms of vaccine efficacy and the amount of transmission that there is after the third and fourth stages of lockdown.

“So we don’t have to go very far into the pessimistic end before we start to see significant epidemics.

“But the other groups are slightly more optimistic about vaccine efficacy and other parameters, and they see much smaller outbreaks.”

The models from Imperial and Warwick assume that 90 per cent of people under the age of 50 will take the vaccine – considered optimistic.

LSHTM consider only 85 per cent will take the jab.

It also models that the AstraZeneca vaccine is only 30 per cent effective at reducing spread of the virus – half that of the other two models.

Real-life studies have shown that a single dose of the jab can slash cases of Covid by 67 per cent.

Prof Medley said regardless of the studies’ outcomes, it was “almost inevitable that we will see some increase in infections, and potentially hospitalisations and deaths”.

He said: “It really just depends upon the impact of vaccination, particularly on transmission, so whether or not people can get infected and pass the virus on.

“And we just don’t know that. The vaccine hasn’t been around in people in the real world… only in December it started… so we don’t know what effect it’s going to have in three, four months’ time and that’s the real unknown.

Dr Mike Tildesley, from the University of Warwick and a member of SPI-M told LBC radio: “I don’t expect we will have a resurgence of the same scale that we saw in January.

“I think we do have very high levels of vaccination now, we do need to remember this, we are protecting our vulnerable.

“But the vaccines are not 100 per cent protective so when we switch from an R number less than 1 that we have at the moment, to a lot of mixing later on, we may get a resurgence.”

He even suggested there was an argument for lifting the restrictions sooner than planned.

Professor Sir Mark Walport, former chief scientific adviser to the Government, said “very good progress” was being made on the road map but a third wave was possible if the brakes are taken off completely.

He added: “What the Spi-M modelling has shown is that even with a pretty effective vaccine, it’s not perfect, not everyone will be vaccinated, and there will still be quite a few people by June who aren’t immune, and that creates the setting for potentially another wave. 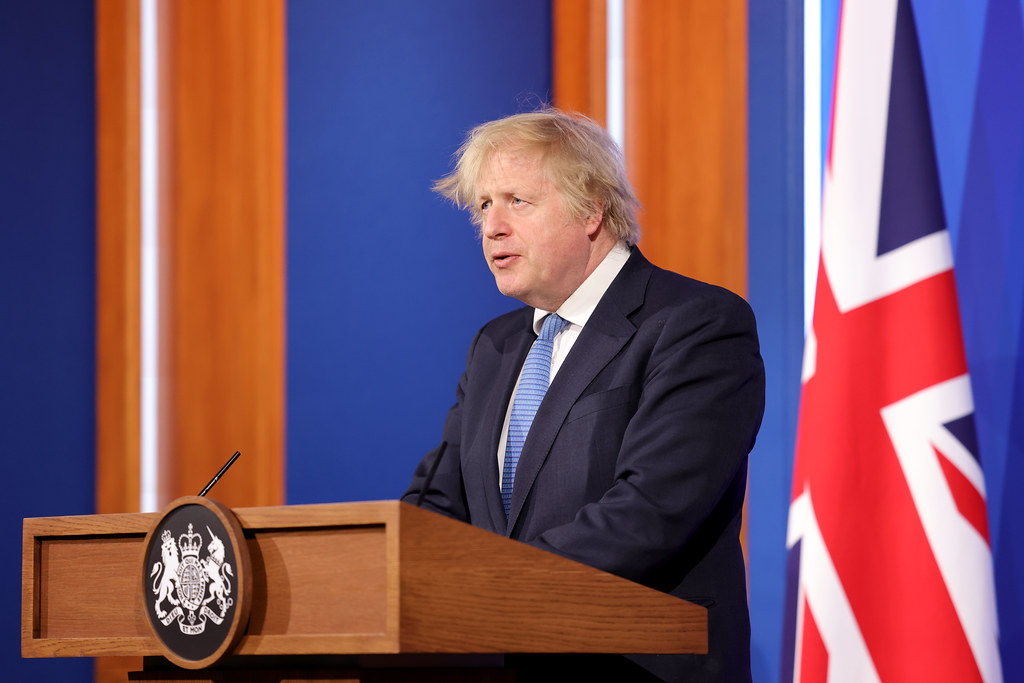 Prime Minister Boris Johnson last night said there was ‘nothing in the data’ that suggests the roadmap could not go ahead Credit: No 10 Downing Street. / BEEM

“It’s likely to be different from the first one because we know that the vaccines are very good at keeping people out of hospital and stopping people dying. And that’s why it’s important to really focus on what the data at the time are actually showing.”

Prime Minster Boris Johnson confirmed during last night’s Downing Street press conference that the next step of the roadmap out of lockdown would continue.

This means that from April 12 gyms can reopen for people training on their own, non-essential shops can reopen and hospitality can serve customers as long as they have an outdoor area to do so.

Mr Johnson said “there is nothing in the data I have seen today that would cause us to deviate from the roadmap“.

Asked about warnings from Sage today, Mr Johnson said there was no reason to deviate from his road map.

He told reporters at a visit to AstraZeneca’s Macclesfield plant: “I just think it’s important we take each step on the road map as it comes and continue to roll out the vaccine, build up our defences, build up the natural resistance of our whole population in the way that we are and then continue to look at the data in the intervals that we’ve set out.

“So we are going to see exactly what happens from the April 12 to May 17 openings and thereafter through to June 21.

“At the moment, as I look at all the data, I can’t see any reason for us to deviate from the road map that we have set out, we are sticking to it.”

So far in the UK over 31.5 million Brits have received either a Oxford/AstraZeneca jab or a Pfizer/BionTech vaccine – with over 5.3 million having had a second.

Prof Chris Whitty said at yesterday’s Downing Street briefing that everyone called for a second booster dose needed to go and get it as the jabs don’t protect anyone 100 per cent from the virus.

Coronavirus: Roadmap out of lockdown – here’s what’s happening across the UK

Wake County to receive 5,200 doses of Johnson & Johnson vaccine as early as this week

Pollen can raise your risk of getting COVID-19, whether you have allergies or not

Coronavirus: ‘Hundreds’ found and several arrested at illegal raves in Essex, Edinburgh and Kent over Easter Bank Holiday weekend
2021-04-06
Previous Post: Third Covid wave ‘could hit this summer’ once all lockdown measures are lifted, Government scientists warn
Next Post: Hong Kong can double its daily number of Covid-19 jabs, minister says in plea to pick up the pace