When Football Manager 2011 was released in November 2010, real life Liverpool were not the team they are today.

Roy Hodgson was the actual manager and if you wanted to have a go at transforming the Reds back into a Premier League and European Cup-winning outfit in the virtual world, you, like Roy, had a fair old job on your hands.

You did at least have a few promising youngsters to work with and FMScout.com picked out five wonderkids from that year’s edition. Here’s how things have transpired for all of them, 10 years on.

Shelvey was the man back in 2010. The talk of the town; the next great hope; the future of England’s midfield. He’d had a great season at Charlton in League One. Properly incredible. Pinging passes about like a pin-headed, teenage Andrea Pirlo.

Liverpool fought off Chelsea to sign him for £1.7million, making him the first of six players they’ve signed from EFL clubs in the last decade, and he went straight into the first-team squad, playing 21 games that season.

Yet Shelvey never reached the heights we all thought he would. Brendan Rodgers shipped him off to Swansea, and after two and a half seasons he upped sticks again for Newcastle.

In the North-East he remains, still able to put the ball on a sixpence from 80 yards, but unable to achieve the physicality that might see him add to his six England caps. 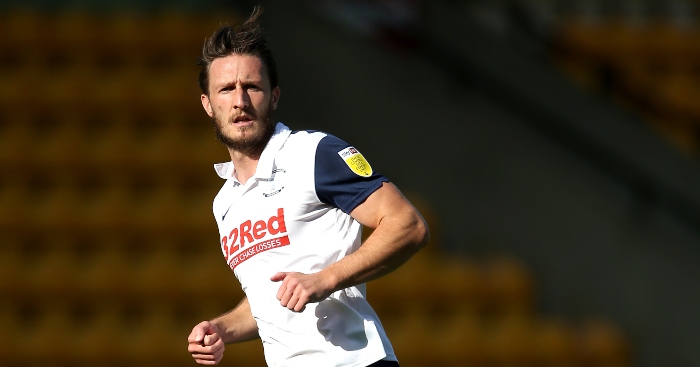 READ: Davies confirmed: The last six players Liverpool have signed from the EFL

Hype would an overstatement, but by the time FM2011 came out, there was certainly some interest surrounding emerging right-back Martin Kelly.

He was a regular for England’s Under-21s and, after the arrival of Hodgson in July 2010, had started to get regular game-time for Liverpool, especially in the Europa League. Even after Hodgson’s departure, Kenny Dalglish continued giving him minutes and, in the summer of 2012, Kelly’s big moment came.

Hodgson was now the England manager. In June, Gary Cahill suffered one of those heartbreaking last-minute injuries. The young Scouser was on the plane.

Kelly had made his national team debut in May 2012, coming on for two minutes and 39 seconds of a friendly with Norway, but never got another cap, making his the shortest-lived international career in England history.

He got a serious knee ligament injury in September 2012 and his Liverpool career never really recovered. He’s now at Crystal Palace, of course. With Hodgson, of course. Though he hasn’t played a single Premier League game this season, it’s fair to say he’s forged a solid career.

Liverpool signed 18-year-old Wilson in the summer of 2010 from Rangers. After two appearances for the Reds, five caps for Scotland, two loan spells in the Championship and two and a half years with Hearts, Rangers is where Wilson would return.

He helped the Gers back into the Scottish Premiership in 2016 before, in 2018, he was sold against his wishes, moving on to MLS with Colorado Rapids.

“I always enjoyed the intensity of Rangers, everything that came with it. Aye, we weren’t having a great time but I didn’t want to leave,” Wilson told the Daily Mail in 2020. “The people in charge at the time thought otherwise. I wanted to stay but it wasn’t to be.”

He’s still in Colorado and signed a new two-year deal in December 2020, so it can’t be all bad.

Born in Warrington, Robinson grew up at Liverpool, playing at the academy from the age of eight. And while he never established himself in the first team, eventually sold to QPR by Brendan Rodgers in 2014, he’s gone on to build a decent career.

In 2018, he told us: “I had a year left at Liverpool and I had a meeting with Brendan Rodgers. We agreed that I wasn’t going to get game time and it was probably the right time for me to move on.

“I had been out on loan the two seasons before and I loved playing every week. It was hard, but an easy decision in terms of moving on with my football career.”

Unfortunately, he suffered an injury that almost forced an early retirement. But after coming back and playing two solid seasons for Nottingham Forest, he made it back to the Premier League with Sheffield United in January 2020.

The wildcard. Suso was exciting, exotic. He arrived on Merseyside as a 16-year-old in the summer of 2010. Rafa Benitez had wanted him, aware of his talent, and convinced him to join Liverpool over Real Madrid. But by the time Suso got there, Rafa was gone.

Still, Suso went on to sign professional terms on his 17th birthday and made 14 league appearances under Dalglish in 2011-12.  While he never quite kicked on in the Premier League, he has gone on to have the most successful career of our five FM wonderkids.

He moved to AC Milan in 2014, where, after a while spent establishing himself, he became a key player and eventually played 150 games. In 2020, he moved back to his homeland, joining Sevilla, where last season he won the Europa League, starting in the final as they overcame Antonio Conte’s Inter Milan.

In 2018, Suso recalled his time on Merseyside in an interview with the Guardian: “In a sense I became a man before I became a footballer. It was very hard with the lifestyle and language.

“But to this day I remember everything. I did not play that much but I got to know Steven Gerrard and be a team-mate of players such as Luis Suarez, Philippe Coutinho and Jamie Carragher. I’ll never forget my experience at Liverpool.”

Robbie Fowler’s return to Liverpool: A flawed but brilliant fairytale

Can you name every Liverpool player to have scored in the Prem for Klopp?

END_OF_DOCUMENT_TOKEN_TO_BE_REPLACED

Thousands to be freed as quarantine rules relaxed