One decade of connecting Africa to the Internet, a personal insight into MainOne’s journey

The Main One story is actually a remarkable one. While I was at Vodafone I had been fortunate enough to work on the most cutting edge of mobile technology projects, including the early stage version of what the Mobile Internet is today (WAP1.0 and WAP2.0). Back then we called it ‘The Internet On Your Mobile – IOYM).

I also worked on our launches of 2.5G and 3G, especially the 3G dongles that got inserted in your laptop to give you internet on the move, and then Blackberry Internet Service (the move from enterprise to general public). It was the cutting edge of technology at the time and I was excited to be working in it.

I remember my family had been nudging me to come back home, and I’d bought 3G handsets to sell (in an attempt to make some extra cash to fund my holiday). Glo had been advertising the launch of their 3G network everywhere, but when I turned on the phones they just didn’t work on 3G. 2G worked though. The stalls I gave those phones to never paid me. Salesman, businessman, fail.

In response to my family’s requests I said “What would I come and do in Nigeria, there’s barely any internet access!?” At the time I was setting up my tech consulting firm, and had just got my first contract with BSkyB. I couldn’t imagine servicing clients from Nigeria. Everyone was worried I was leaving Vodafone. And it was on one of those occasions that my father said one of his oft stated quotes “You are either part of the problem, or part of the solution”.

In 2008 I got a phone call out of the blue. It was Funke Opeke. She said she was looking for a Technical Project Manager and someone had recommended me. Now I’d never been ‘headhunted’ before, so this was new. And then she told me what the project was, her passion and commitment was palpable. She had done 20 years at Verizon, leaving to join MTN, then being called to turn NITEL around, running one of its few assets SAT3, only to realise that as crazy as it sounds, building a brand new cable might make more sense.

I was instantly sold on the mission! Those who know Funke, or FKO as we call her, know she can be forcefully persuasive. The rest was a series of interviews meeting with Bernard Logan and a couple others near Heathrow Airport.

I said I’d need 8 weeks to get myself sorted, she said I had 2! I was the last person any of my friends expected to move back to Nigeria. I didn’t even tell my family, so it was a shock when I called Lisa to say I needed a place to stay. And that’s how in under 21 short days I moved from London to Nigeria.

The rest as they say is history.

I Just Got Back (IJGB)

So call me aloof, but I didn’t really know about all this IJGB stuff, until I met Oswald and Chukuka and their Move Back Club. I hardly had time for it. Getting up to speed at Main One; it was called Main Street Technologies then, was a full time gig.

I went to sleep every day with the 700 page Tyco Telecoms Turn-Key contract. I memorised most of it and the obligations (both vendor and partner). Bear in mind, I had done computer networks, mobile technology/GSM, but I had never done submarine telecoms before and it was in working on this and understudying the likes of Bernard Logan, Howard Kidorf and Keith Schofield I began to get to grips with most of it.

Back then when I started work I wasn’t even thinking that far into the future. The core focus was to deliver the project on time and on budget. We had communicated that we would deliver the cable in 2years, June 2010. We did.

There were  a lot of fond memories, I particularly remember when Main One Cable was lit and went live. MTN had been the first off-taker and anchor tenant, and instantly, that day, they were able to announce a price reduction in the popular MTN Blackberry Internet Service monthly package from ₦6,000 to ₦3000. An instant 50% price reduction; it was magical.

That for me was one of those moments that validated the pain, late nights, and hard work. I had decided that I was either going to be a part of the solution to bring better access to Nigeria and Africa, rather than stand on the sidelines and wait for someone else to do it.

We broke a lot of new ground delivering the project. For example we had to draft the first official version of the Submarine Cable License and I had to explain to a Nigerian Customs officer how the Power Feed Equipment that powers the 7000km cable line was not a ‘Generator’ a la Mikano, even though it generated power. Generators attract a 20% customs duty you see. For that explanation to sink in well, I joined him to eat amala for lunch.

Even funnier still, a competing private cable project that had been in the works long before we arrived on the scene saw our Mariner’s notice in the press announcing we would be landing in Two Weeks and suddenly announced they had landed their cable before ours. It didn’t matter. We had done something remarkable, something groundbreaking, Funke’s vision had come to pass, and there we were, a $300m privately held submarine cable project funded by mostly Nigerians and Africans, led by Fola Adeola and friends had been delivered , on time, below budget and to great impact.

I am proud of what MainOne has become, what Funke and everyone involved over the years have achieved. Proud of the more than 600 strong workforce, continuing to focus on delivering exemplary service and quality in a market that is very difficult, often very hostile, and still delivering growth.

I look forward to seeing what Main One becomes in another ten years. Well done Team!

Editor’s Note: Jinmi Oluanuiga is a large-scale infrastructure connectivity professional. He writes for TechCabal as a Technology, Media and Telecoms specialist. Before his current role Jinmi worked on Express Wi-Fi, Nigeria’s first ever National Broadband Plan, the $300m submarine cable project: Main One, and as National Deputy Coordinator for the Alliance for Affordable Internet (A4AI). 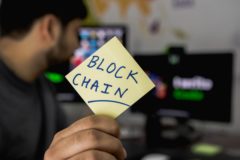 For the average 18 to 35-year-old Nigerian, the words “Bretton Woods” probably don’t mean much. However, every time they’re charged for ATM withdrawals or incur fees for international money transfers, these two words are a stark reminder that Nigeria’s financial system was not designed with them in mind. The current financial system that underpins the […]