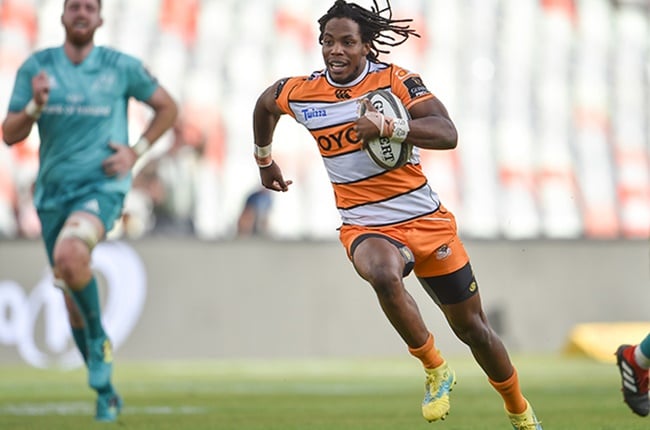 Cheetahs wing Rabz Maxwane in action against Munster in a PRO14 encounter in Bloemfontein on 4 November 2018.

The 24-year-old wing joins the Johannesburg franchise after his three-year stay in Bloemfontein ended when his contract expired at the end of June.

Sport24 confirmed the deal with the player on Thursday, however, he was unable to elaborate on details.

The Dale College old boy finished the 2018/19 PRO14 season as the top try-scorer (14 tries), for which he was honoured at a glittering awards ceremony in Dublin last year.

It capped a productive breakthrough season in top-flight rugby, after his career had stalled at his former union, the Blue Bulls.

At the Lions, he will reunite with his old Tuks team-mates Divan Rossouw, who also joined the team this winter after being released by the Bulls, as well as hooker Jan-Henning Campher, who joined in 2019.