The Cleveland Browns and Pittsburgh Steelers are clearly developing a fun and competitive rivalry in the AFC North, and players from both teams appear happy to fuel it.

Browns defensive end Myles Garrett was the latest to add intrigue to the rivalry, seemingly taking a shot at Pittsburgh wide receivers JuJu Smith-Schuster and Chase Claypool over the AFC wild-card game.

Garrett said of the Browns’ 2020 season at a virtual Pro Bowl event Wednesday, via Nate Ulrich of the Akron Beacon-Journal:

“It was fun. It’s always good to hurt some feelings of some of those Steelers receivers. So we had to get after it. We got a little battle with the Chiefs. All in all, it was a good season. It was fun. But we’re trying to come back and make something special happen next year.”

Smith-Schuster lit a fire under the Browns prior to the playoff game with some inflammatory comments. Claypool continued to be critical of the Browns even after they beat the Steelers. Those are the receivers Garrett is almost certainly referring to here.

These two teams have never particularly liked each other, but the stakes were higher in 2020 as both were competitive in the same season for the first time in many years. There’s no reason that should change next year, which means more trash talk could be in our future. 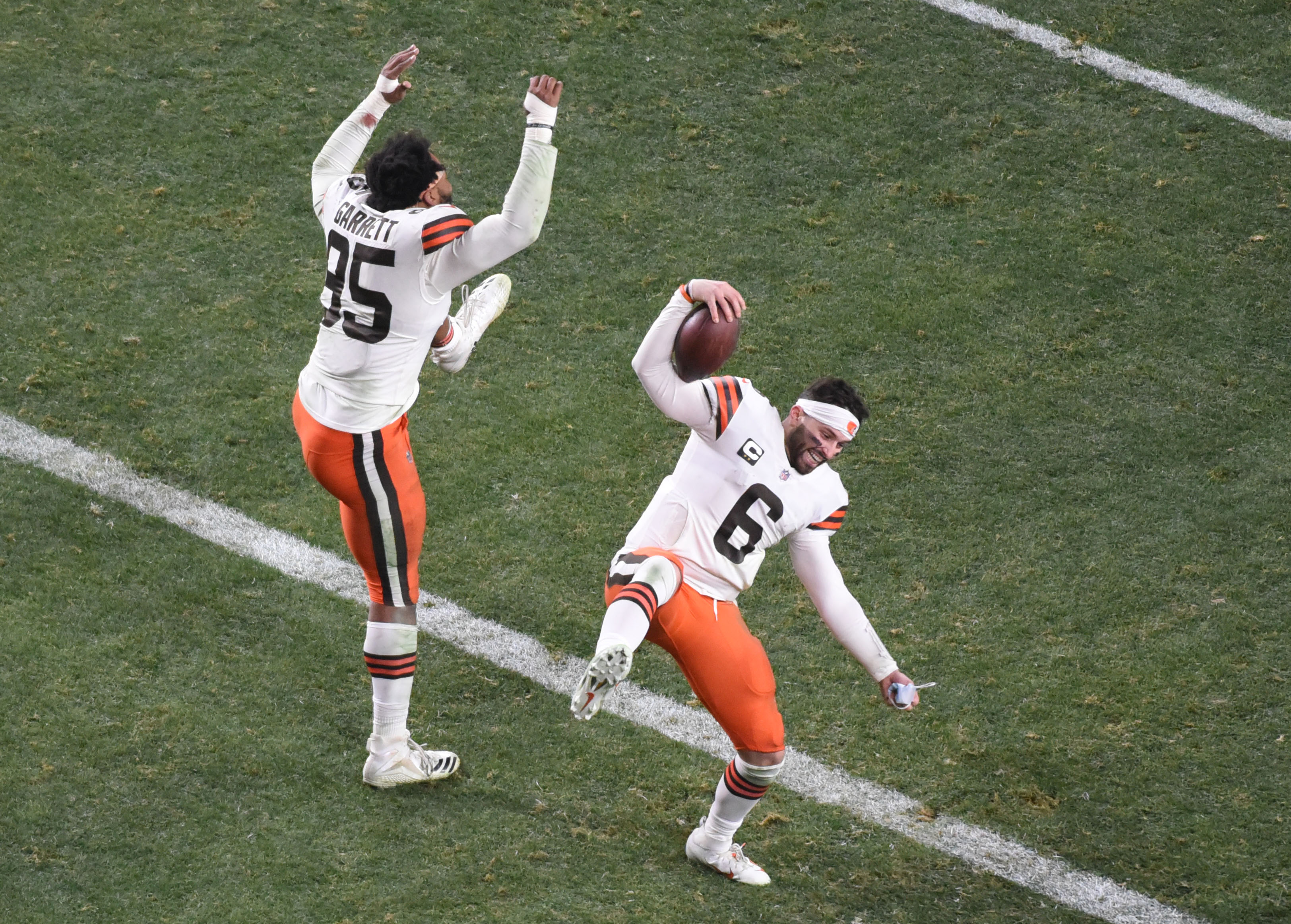 The Browns won their first playoff game since 1994 just a few weeks ago, and apparently, they’re still in good spirits about it.

It wasn’t just an ordinary win, either, as the Browns beat the Steelers in Pittsburgh — something they had never done in the Mike Tomlin era. The two division rivals are located just a few hours from one another, and there’s no love lost when they square off on the football field.

The Steelers have talked plenty of trash toward the Browns — both on off the field — so when Cleveland won, it made sure to return the favor. Baker Mayfield and Myles Garrett were seen celebrating on Heinz Field after the game, as seen in the featured photo of this article, and the festivities continued in the locker room — with a dance party, and plenty of JuJu Smith-Schuster trolling.

Garrett, in particular, is still taking shots at the Steelers receivers, as you can see.

“It was fun,” Garrett said, via the Akron Beacon Journal. “It’s always good to hurt some feelings of some of those Steelers receivers. So we had to get after it. We got a little battle with the Chiefs. All in all, it was a good season. It was fun. But we’re trying to come back and make something special happen next year.”

It’s safe to say the Steelers will be fired up for the revenge spot when these two teams meet next season. Garrett gave them plenty of bulletin-board material.

Inside the A’s first-half dominance and how they plan to make it last all season
2021-01-31
Previous Post: How Nolan Arenado’s contract just became even larger
Next Post: Swiatek ready to embrace spotlight again after ‘comfortable’ quarantine By Reuters