Tweet
Share
Share
Pin
This week’s addition to the ever-growing Apple Arcade roster is Marble Knights. This is the latest game from WayForward Technologies who also have released Shantae and the Seven Sirens for Apple Arcade previously.

Whilst Shantae and the Seven Sires is a platformer, Marble Knights is a more action-focused game that’s best played with up to three other players. Your task will be to defend King Rolland and the Kingdom of Roundingham from the evil Lord Terroball.

If you’re catching a lot of references to spherical shaped objects that’s no coincidence. In Marble Knights you’ll roll about the world on top of a ball, slashing down your foes with your sword or by activating one of your orb-based, elemental powers. Alongside regular enemies, there will also be several tough bosses that you’ll need to defeat too.

Aside from battering anything that vaguely threatens to attack you, there will be a series of different puzzles to solve along the way too. These will see you interacting with the environment and making use of the various elements to find the solutions. 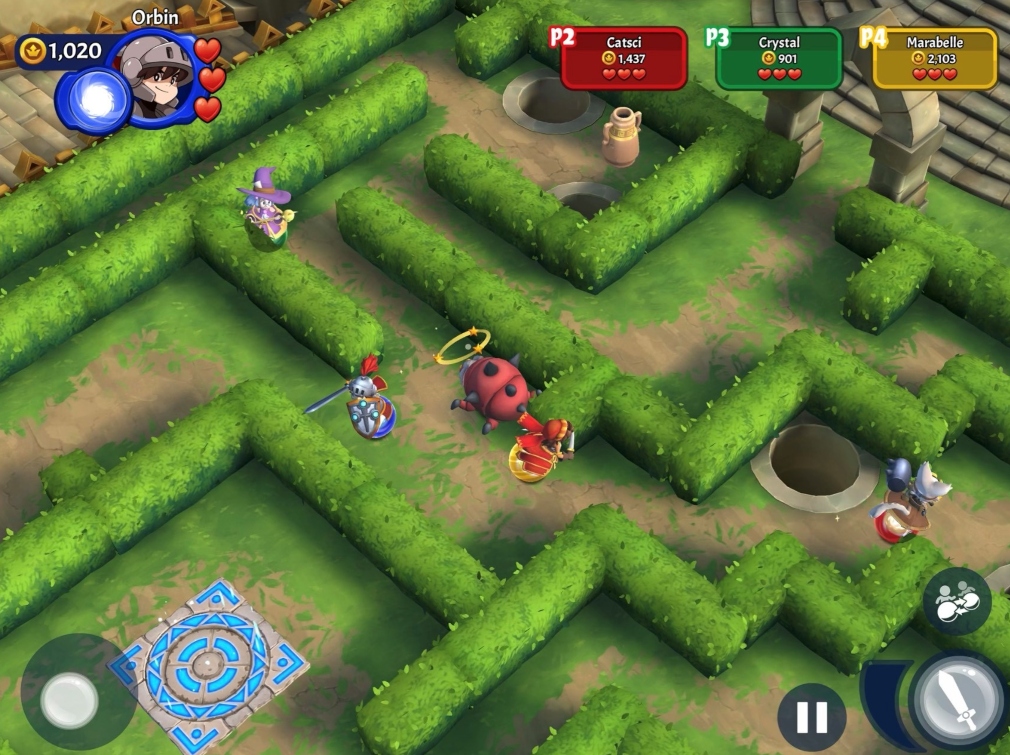 You can check out some of the gameplay in the embedded trailer above. As you can see, it plays from an isometric perspective and has a cheerful, colourful aesthetic going for it. There will be plenty of treasure to collect too, though you’ll need to be wary of mimic chests.

Marble Knights is available now over on Apple Arcade, a subscription service that costs $4.99 per month. For more information on other games that are available in its extensive library, check out our dedicated hub page.

Don’t have Apple Arcade but fancy playing some action-packed games? Here are 25 of the best available for iPhone and iPad

2020-09-19
Previous Post: Fortnite: Save The World being pulled from Macs while Epic and Apple grapple
Next Post: SINoALICE’s latest collaborative event sees the RPG team up with Space Invaders and introduces new character classes