After Khloe Kardashian took legal action against those who shared an unedited photo of her on social media, she issued a lengthy statement.

After facing backlash for taking legal action against a seemingly unedited bikini photo being shared on social media, Khloe Kardashian has broken her silence.

The 36-year-old went live via Instagram on Wednesday, April 7 as she slowly removed a sweatshirt to show fans her unedited body while Ariana Grande‘s “pov” played in the background.

She then re-posted the clip with a lengthy statement. “This is me and my body unretouched and unfiltered. The photo that was posted this week was beautiful,” she began, referencing the leopard bikini photo in question.

Khloe was referencing the leopard bikini photo which was taken on the KarJenner clan’s Easter getaway in Palm Springs. The image in question was accidentally shared online, without any retouching. “When someone takes a photo of you that isn’t flattering in bad lighting or doesn’t capture your body the way it is after working so hard to get it to this point … you should have every right to ask for it to not be shared – regardless of who you are,” she penned. 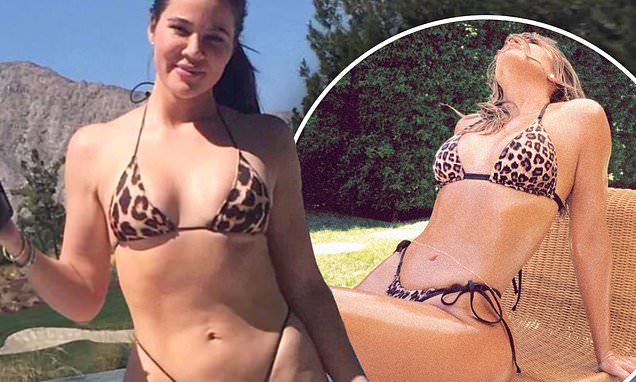 Not only did the Kardashian PR team go into overdrive, but their lawyers copyright claimed the images, resulting in people getting locked out of their social media accounts. One user, @KosmeticKrys on Twitter, posted screenshots of an email they received, which cited Khloe’s grandmother, Mary Jo “MJ” Shannon as the copyright owner of the photo.

Khloe went on to address “the pressure” and “constant ridicule and judgement” she’s experienced her entire life “to be perfect” and “meet standards” of how others think she should “look” — specifically bringing up past comments that she is the “fat sister” and doesn’t look like sisters Kim, 40, and Kourtney, 41.

“I am not perfect but I promise you that I try every day to live my life as honestly as possible with empathy and kindness. It doesn’t mean I have not made mistakes…it’s almost unbearable trying to live up to the impossible standards that the public have all set for me,” she wrote. “You never get used to being judged and pulled apart,” she added, confessing to her love of “a good filter, good lighting and an edit here and there.”

“My body, my image and how I choose to look and what I want to share is my choice,” Khloe reasoned. “It’s not for anyone to decide or judge what is acceptable or not anymore…for those else who feel the constant pressure of not ever feeling perfect enough, I want you to now I see you and I understand,” she said to her millions of followers. 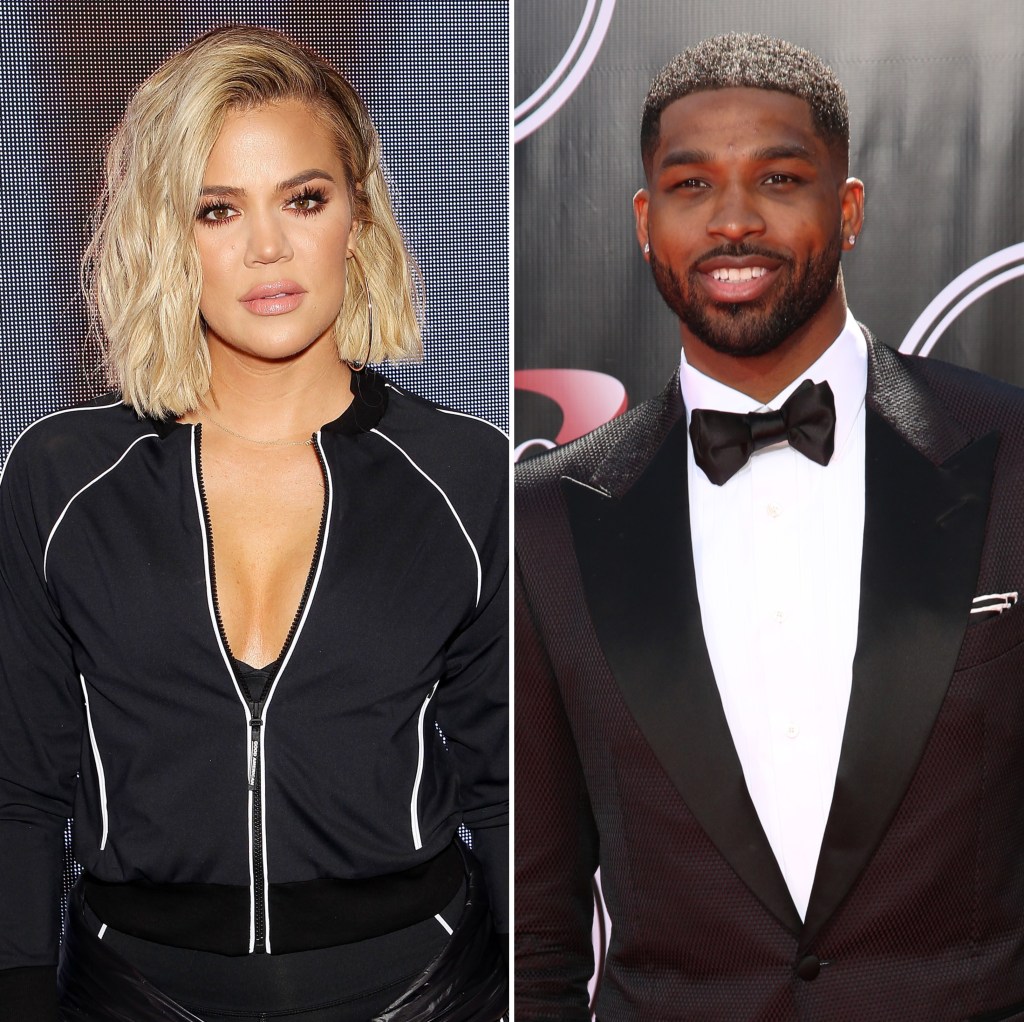 Earlier in the day, Twitter was fired up by Khloe’s approach to the situation — in particular, having a lawyer get the photo removed off of fan sites social media accounts. “This entire situation is really sad and pathetic,” the user later tweeted.

“All Grammy did was post a picture of her grandbaby at the pool.” Tracy Romulus, chief marketing officer for KKW Brands, also released a statement. “The color edited photo was taken of Khloé during a private family gathering and posted to social media without permission by mistake by an assistant,” she told Page Six.

“Khloé looks beautiful but it is within the right of the copyright owner to not want an image not intended to be published taken down.” In the photo, Khloe wore a leopard print bikini while standing in front of the pool at mom Kris Jenner‘s Palm Springs estate. The mother of one looked incredible in the two-piece, with taut abs and a flawless, hourglass figure.

Woke up to a locked page this morning Courtesy of the Kardashian’s lawyer 🙃🙃🙃 pic.twitter.com/o4jACtvUAk

Of course, her skin looked totally natural, rather than photoshopped or airbrushed, which usually makes her appear unnaturally smooth and flawless. Khloe has recently commented on her changing looks, either as a result of photoshop or cosmetic procedures, which have been making headlines over the past several months. 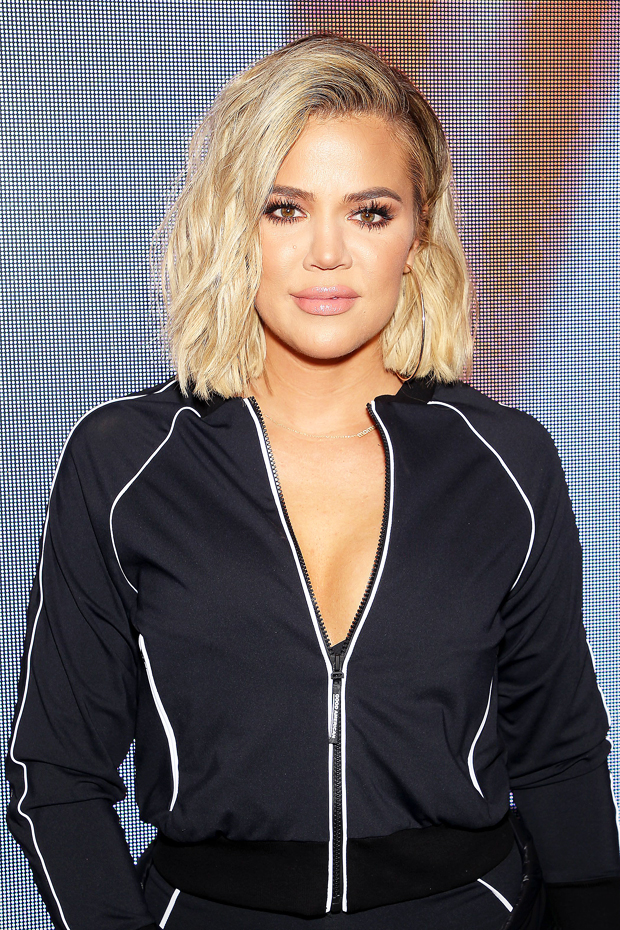 After a fan bashed the tabloid media’s treatment of the Good American founder in a March 16 TikTok video, Khloe took to Instagram, writing, “I don’t want anyone to kiss my ass. I’m not asking for that. But what I am asking for is for people to realize just what articles like this does to someone’s soul and confidence.

I am so very grateful and appreciative of anyone who stands up to bullying or people writing story’s simply for clickbait. Defending someone, Especially when we don’t know one another makes me heart happy. That’s the person I am. I like to defend what is right,” adding, “Thank you everyone for you sweet comments.” 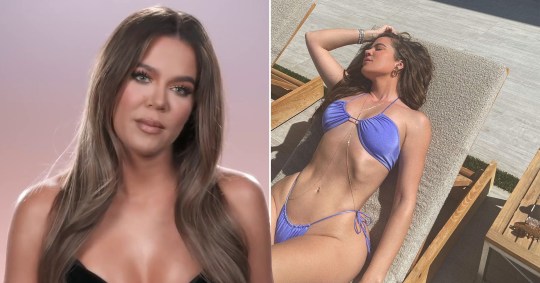 Why you so obsessed with me, outrageous facts about Mariah Carey’s life

Charlotte Crosby slams Gemma Collins as ‘rudest’ and ‘vilest’ woman she’s ever met as Life Stories episode airs
2021-04-08
Previous Post: Woman tied up at home and left for two days by burglar who asked for a drink of water
Next Post: Kim Kardashian Reveals Who She Thinks Will Be The Next Billionaire In Her Family