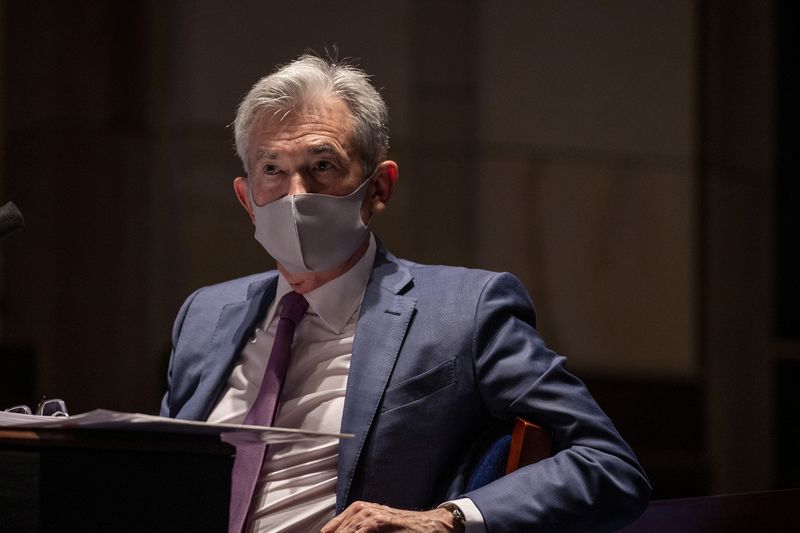 © Reuters. FILE PHOTO: U.S. House of Representatives Financial Services Committee hearing on oversight of the Treasury Department and Federal Reserve response to the outbreak of the coronavirus disease (COVID-19), in Washington

NEW YORK (Reuters) – Investors are raising expectations the Federal Reserve will act to tame an upturn in yields by expanding its purchases of long-dated Treasury bonds, after the U.S. central bank said it would allow inflation to run higher.

Yields on 30-year U.S. Treasury bonds () hit a two-month high on Friday. Rising yields are a potential problem for the Fed as they raise the cost of borrowing for companies and individuals and threaten economic growth.

Some investors said the central bank may need to address the possibility of buying longer-dated debt at its mid-September policy meeting, if not sooner. Investors had previously expected the Fed to introduce the policy by the end of the year.

“The Fed cannot afford to have long rates go up significantly because it would undo everything they have been doing for the past six months,” said Gershon Distenfeld, co-head of fixed income at AllianceBernstein (NYSE:).

The Fed has purchased nearly $2 trillion in Treasury debt since the start of the coronavirus pandemic – bringing its current holdings to roughly $4.36 trillion – in order to keep interest rates low and maintain market liquidity. The majority of those purchases have been in shorter-dated notes.

The yield on 30-year Treasuries is particularly sensitive to inflation expectations as a bond’s value can be eroded by rising consumer prices over time.

Fed Chair Jerome Powell rolled out a sweeping rewrite of the central bank’s monetary policy on Thursday which prioritized strengthening the U.S. labor market and put less weight on concerns about inflation rising too high.

The 30-year yield jumped 9.4 basis points on Thursday, and then jumped another 7.7 basis points on Friday to 1.577%, the highest since June 16. It had pared some of those gains late Friday afternoon.

Some investors believe yields would have to move higher for the Fed to expand its purchases.

“I don’t think we’re there yet. But I would expect this to become an increasing component of the conversation. I would expect at the next FOMC (Federal Open Market Committee) meeting someone will bring up the idea,” said Jon Hill, U.S. rates strategist at BMO Capital Markets.

The Fed has used this tactic before. In the aftermath of the 2007-2009 financial crisis and recession, the Fed employed Operation Twist, an initiative that involved selling short-dated notes and buying long-dated bonds. Because interest rates were already near zero, the Fed bought long-dated bonds to tamp down yields and thereby stimulate growth and encourage borrowing.

Biden’s Treasury pick may be key to climate, jobs, and equality agenda