Have Manchester United missed a trick by not signing Jack Grealish?

By: climaxnews
In: Local News
Tagged: Manchester, United
With: 0 Comments 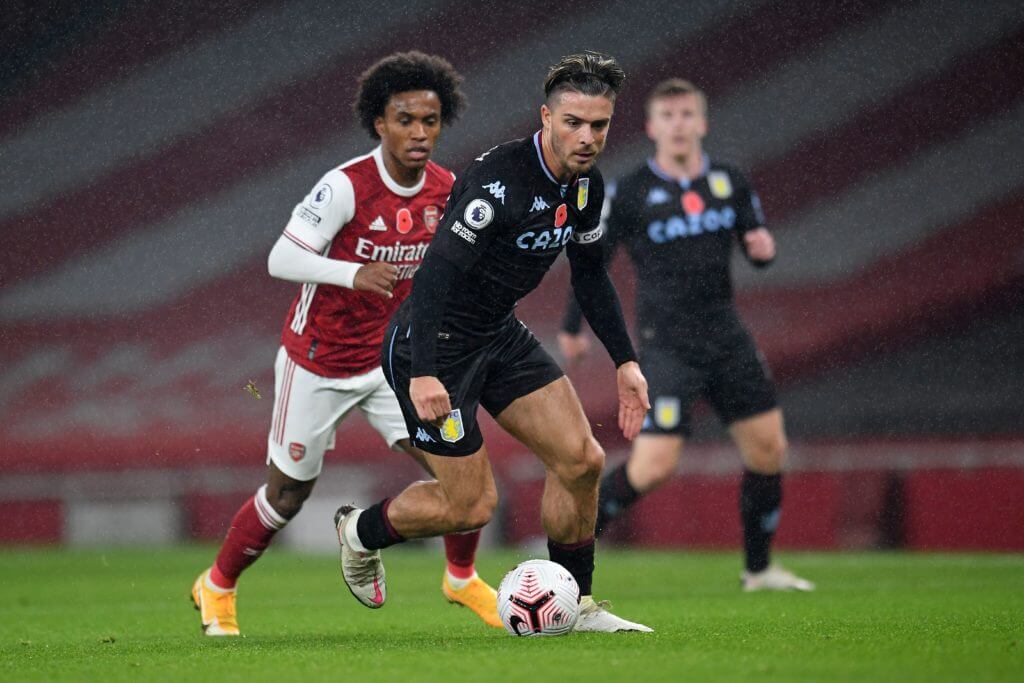 Aston Villa produced arguably one of their best away performances under Dean Smith as they won 3-0 against Arsenal at the Emirates Stadium on Sunday.

While Ollie Watkins grabbed the headlines with a brace, it was Jack Grealish who once again was simply outstanding for the Villans.

The Villa captain was superb last season, and he is brimming with confidence following his inclusion in the England national team set up. He has four goals and five assists in seven Premier League appearances this season, and his virtuoso display against the Gunners once again brings back the question why Manchester United didn’t sign him this summer.

Grealish was heavily linked with a move to Old Trafford this summer, and there were contacts made if the reports are to be believed.

United made Jadon Sancho their top priority but it became evident that they would struggle to get him once Borussia Dortmund’s stance was confirmed. During a pandemic, when football clubs are struggling with finances, it was simply unthinkable that the Red Devils would pay in excess of £90m for Sancho’s signature.

But Grealish would have still been a superb signing for them. His acceleration, dribbling ability, and leadership qualities to influence the game are unrivalled, and that is something United are badly missing this season.

His link-up with Ross Barkley and Watkins left a devasting effect on Arsenal’s defence, and Mikel Arteta’s side had no answer to counter Grealish’s pace, imagination and technique.

United already have a very good attacking set-up, and Grealish would have further added depth and quality to the side. He is everything that United don’t have. He plays with a swagger and pride, scores goals, sets up for others and possesses the quality to breach the final third.

With the Red Devils struggling badly in the Premier League, and Grealish once again dazzling for Villa, one cannot help but wonder if Ed Woodward has missed a trick by not signing him.