The mother of teenage motorcyclist Harry Dunn, who was killed in a collision with an American diplomat, has urged the prime minister to make her son the “top priority” during the US Secretary of State’s visit to the UK.

Charlotte Charles made an emotional plea to Boris Johnson, Foreign Secretary Dominic Raab and Mike Pompeo to discuss her son’s case nearly one year on from his death.

Mr Pompeo is set to visit to London on Monday.

Mr Dunn was killed when his motorbike crashed into a car outside a US military base in Northamptonshire on 27 August last year.

Anne Sacoolas, 43, the wife of a US intelligence official and a reported CIA operative, claimed diplomatic immunity following the crash and was able to return to her home country, sparking an international controversy.

An extradition request submitted by the Home Office for Ms Sacoolas was rejected by Mr Pompeo in January – a decision the State Department has said is “final”.

In a video statement ahead of the visit on Monday, Ms Charles said: “Mr Raab, Mr Pompeo, Mr Johnson, when you get together next week with all of your families fully intact whilst mine is in complete tatters and my family has been ripped apart, can you please, please discuss Harry?

“We’ve been assured he’s high on your list of priorities to discuss amongst all of the other important global issues that you have surrounding you but please, please make him top priority.”

She said the anniversary of her 19-year-old son’s death next month will be “beyond painful”, and said she would not wish her anguish on her worst enemy. 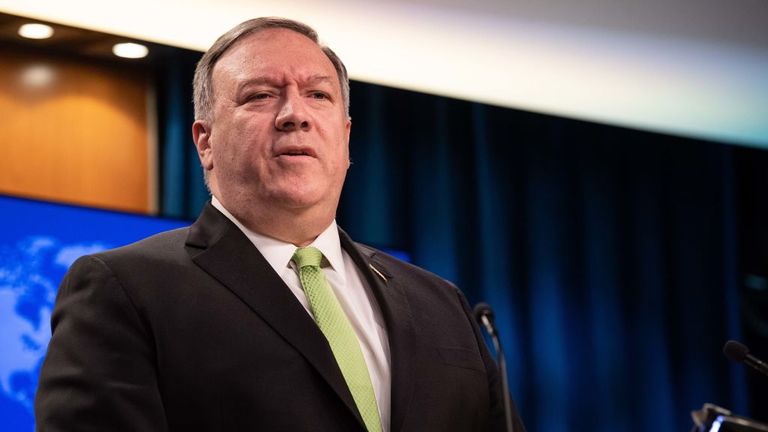 Ms Charles, who is continuing her fight for Ms Sacoolas to face justice in the UK, said: “It’s been nearly a year, please don’t let this roll into a second year.

“We’ve got his anniversary coming up which is going to be beyond painful for us.

“We don’t want a repeat of the last 11 months. It has been horrific. You wouldn’t wish it on your worst enemy. I don’t want to relive any of it ever again.

“It’s just about doing the right thing. It always has been, it always will be.

“We’ve always agreed immunity does need to be in place for certain circumstances. This isn’t one of them.

“Bring Anne Sacoolas back to the UK, face the justice system.”

The racism faced by teenagers in the UK: new research

END_OF_DOCUMENT_TOKEN_TO_BE_REPLACED

5 Signs A Man Is Emotionally Available. 3 Signs He’s No