Grounded is reminiscent of a new trailer

But if you want the biggest game, wait for Cyberpunk.

The third and last game from Obsidian Entertainment is, of course, the survival game Grounded, which you could try out recently thanks to a demo version. If you’re interested in the game, it certainly doesn’t hurt to remind you that it will be released on July 28 with preliminary access to the PC and Xbox One. Now we have received a new trailer, which with a funny reference to the Polish Cyberpunk 2077 recalls the upcoming release date.

You can see the new trailer above.

After the successful RPG The Outer Worlds, Studio Obsidian has made a relatively unexpected turn in the genre and is currently working on the cooperative survival adventure  Grounded. For unknown reasons, you will shrink to microscopic dimensions, so the ordinary garden behind the house is suddenly full of deadly dangers. You will find out what you will have to do to survive and return to your size in the latest trailer. 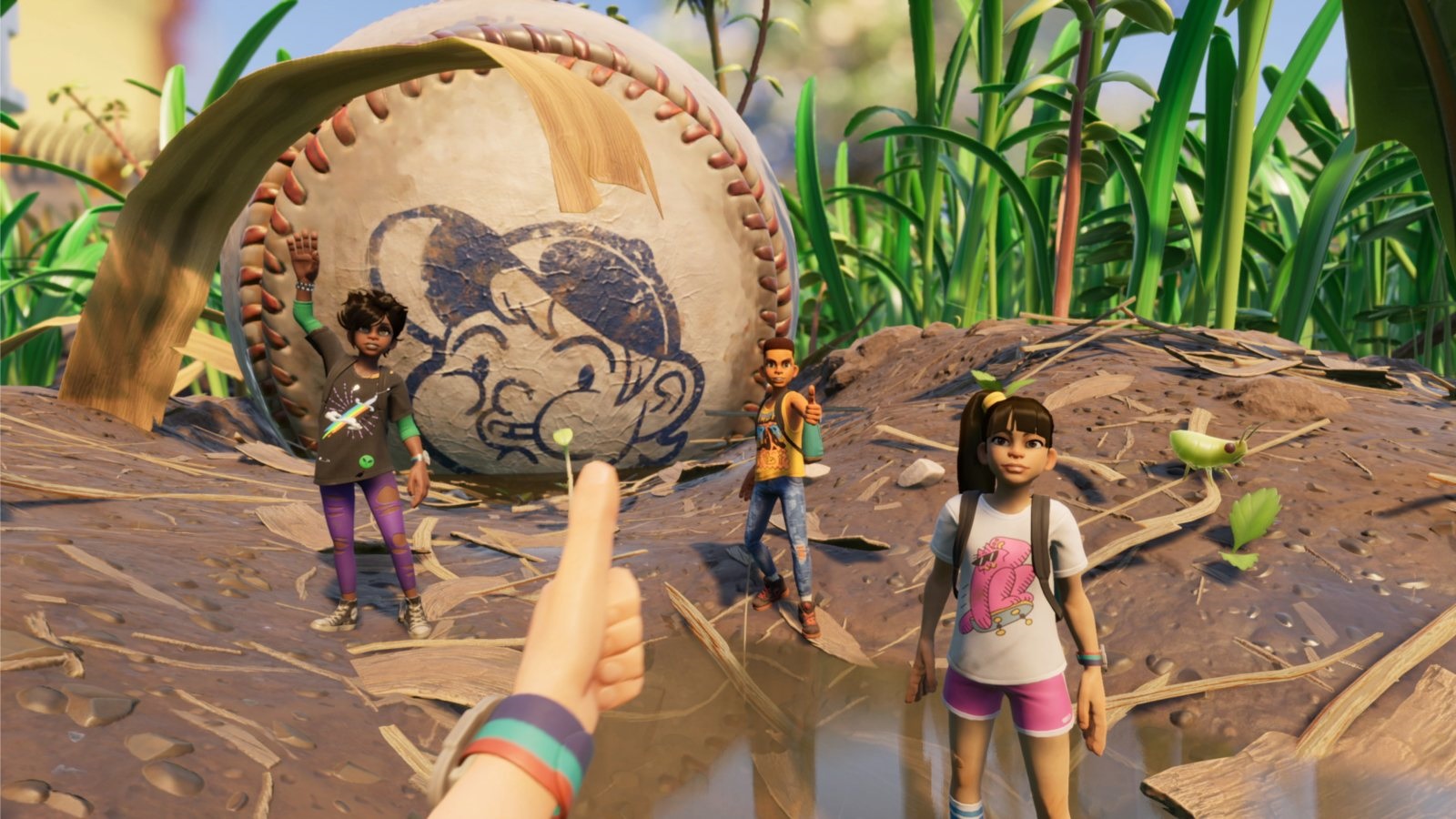 All our articles, where you can read not only about information from the world of games, game hardware and mobile technologies, can be found on the Alza Magazine website. You can also watch our game reviews and news on the Alza Gaming channel ( Facebook, Instagram ), where in addition to the daily allocation of news, impressions, reviews and memes, you can also look forward to regular competitions.

Robinson in the insect world

What would you do if you suddenly reduced to a hundredth of your normal size and the well-known environment of your own garden turned into a completely inhospitable landscape full of deadly traps in a second? Don’t you know? In that case, you are lucky, because the latest trailer of the survival adventure game Grounded will tell you.

As the right Robinsons in the microscopic world, you should first build some primitive shelter, which you will gradually improve, improve and develop. The next step will undoubtedly be the production of weapons and protective armour so that you can defend against the attacks of suddenly giant insects. But that’s not all Grounded will employ his players.

As the so-far nameless robotic advisor (who in many ways resembles Claptrap of Borderlands ) suggests in the trailer, the device that can bring you back to its original size is a bit broken. So, in addition to survival, your goal will be mainly to repair this machine, but it will undoubtedly be a long-distance run, which (in the case of cooperation, also to your partners) will undoubtedly take a lot. But the game is probably preparing a mystery for you to uncover, as evidenced by the final shot of the trailer taking place in the strange base of an even stranger organization, about which we know virtually nothing yet. However, the fact that this institution chose the name Ominent (loosely translated as Ominous) does not bode well.

A microscopic adventure of huge dimensions

Along with the new trailer, more than 40 minutes of uncut gameplay (published on the IGN YouTube channel, for example, saw the light of our monitors, thanks to which we can get a pretty decent picture of the game. The key component of the game should undoubtedly be collecting materials and crafting everything possible, but you will have to take care of their own needs, such as hunger and thirst, but just survival with everything that goes with it.

But the environment that will surround you in Grounded certainly deserves a mention. The location in which you will move is quite large, due to your height indisposition, even ordinary blades of grass will look like a giant forest, the uniformity of which will quite often disturb objects such as lost baseball, juice boxes, clearings, puddles and so on… But in addition to you, many other animals roam the grass, mostly from the insect kingdom. Some insects will be harmless and will serve you more or less only as a game, a source of food and materials.

But for example, such spiders will mean considerable danger and challenge for you if you go cross with them. So in the early stages of the game, you’re more likely to avoid them until you make better gear. However, you can easily tell that something big and dangerous is approaching from a distance by the swaying blades of grass as if a predatory dinosaur were breaking through a tropical forest. Which is a nice detail that will also give you the opportunity to hide in time?

According to the creators from the Obsidian studio, alternating day and night will also play a big role in Grounded, thanks to which you will be able to come across other insect species, so if you go out, you will need to prepare for it according to the time of day. But we will be able to see all of this and try Grounded first-hand on July 28, when the game will be made available in the form of preliminary access on the PC and Xbox platforms.