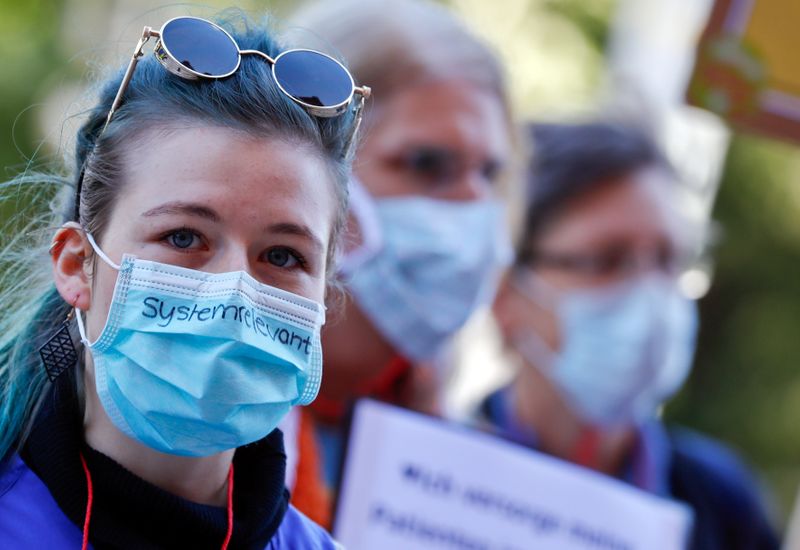 
BERLIN (Reuters) – German public sector workers unions are preparing to take industrial action including walkouts next week after making no progress in a second round of wage talks with the government, they said on Sunday.

The Verdi and dbb unions want a 4.8% pay rise for 2.3 million public sector workers in federal government and municipalities in Europe’s biggest economy.

“Employers have blocked themselves into a corner … so warning strikes are inevitable,” said Verdi chairman Frank Werneke.

Ulrich Silberbach, head of the dbb, echoed those sentiments.

“We will not get any further like this,” he said, adding that the unions would raise pressure on employers in an effort to avoid ending up in arbitration.

The unions said they would make sure the public were aware of any restrictions in nurseries, hospitals, road maintenance or other areas because of walkouts.

The government has said that the coronavirus crisis is pushing down tax revenue and is limiting its public sector finances, especially at the municipal level.

Unions, however, argue that public sector workers, particularly in the health sector, have played a crucial role in the pandemic and this should be reflected in wage talks.

Further negotiations are scheduled for Oct. 22-23.

The European Central Bank, meanwhile, is keeping a close eye on German wage negotiations for any sign that wage growth and might be losing steam, potentially complicating its inflation targets.