If everyone ate steaks and dairy the way Brazilians and Americans do, we would need an extra five planets to feed the world, according to the first report to compare the carbon emissions from food consumption in G20 nations, released Thursday.

Among the world’s top economies, only the per capita carbon “food-prints” in India and Indonesia are low enough to ensure the Paris climate target of capping global warming at 1.5 degrees Celsius, according to the Diet for a Better Future report.

In China, where sustained economic growth has boosted consumption of meat and imported foods, the average diet — on a planetary scale — would exceed the 1.5C threshold by nearly two-fold.

Producing food for Earth’s 7.7 billion people is responsible for a quarter of the global carbon emissions that drive climate change.

About 40 percent of that comes from livestock production and food waste, with the rest generated mostly by rice production, fertiliser use, land conversion and deforestation to accomodate commercial crops.

“Currently, individuals in a handful of countries are eating way too much of the wrong foods at the expense of the rest of the world,” Brent Loken, global food lead at WWF and lead author of the report, told AFP.

These imbalanced diets by a relative handful of rich countries are “to the detriment of climate, health and economies,” he said.

The report by EAT — an Oslo-based non-profit that has led peer-reviewed research on the nexus of diet, health and climate change — also rated G20 national dietary guidelines, projecting the carbon footprint they would produce if followed.

At the other end of the spectrum, the countries with the most climate-friendly dietary guidelines are Indonesia, India, South Korea, China and Japan.

“This report makes it possible for the first time to compare and track the carbon emissions baked into each country’s national guidelines,” said Corina Hawkes, director of the University of London’s Centre for Food Policy.

A second study, also published Thursday, shows that most national dietary guidelines are not compatible with either health or environmental targets.

Researchers led by Marco Springmann from the University of Oxford used modelling to see how well 85 national recommendations were aligned with global goals to reduce food-related greenhouse gas emissions and diet-related diseases, such as diabetes and cancer.

They found that fully adopting these dietary guidelines would, across the countries examined, reduce death from chronic disease by about 15 percent, and carbon pollution from the food system by about 13 percent.

At the same time, however, almost all the plans were incompatible with at least one key health or climate goal.

How the world sources food also has an impact on disease, including viral outbreaks such as the new coronavirus, the authors said.

“The current pandemic has highlighted just how broken our food system is,” said Loken.

“The food that we eat and how we produce it are also key drivers in the emergence of deadly viruses such as the one that leads to COVID-19.”

Deforestation in particular erases the boundary between human settlements and natural reservoirs of disease in wild animals.

The problem of waste is concentrated in wealthy nations, Loken said.

“It’s an issue mainly because rich people throw away too much food,” he said.

The report argues that there are sweeping benefits — both for health and economies — to shifting toward healthier diets rich in legumes, vegetables, fruits and nuts, and light on dairy and meats, especially beef and lamb.

Earlier research calculated that an overhaul of the global food system could unleash trillions of dollars each year in new business opportunities, and save even more in reduced damages to people’s health and the planet.

“The weakness of national dietary guidelines suggest that governments are failing to recognise the combined impact of the food system on boh public health and the environment,” said Alan Dangour, director of the Centre on Climate Change and Planetary Health, commenting on the reports.

The world’s nations are “dangerously ill-prepared for the major impacts that are forecast under future climate change,” he added. 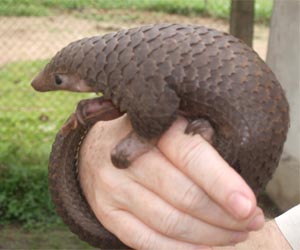 Conservationists have warned a sudden change in Myanmar’s law allowing the commercial farming of tigers, pangolins and other endangered species risks further fuelling demand in China for rare wildlife products.

The Southeast Asian nation is already a hub for the illegal trafficking of wildlife, a trade driven by demand from neighbouring China and worth an estimated $20 billion worldwide.