James “Mike” Anderson was a hospital employee in suburban Philadelphia with a low-profile though critical job: changing air filters in COVID patients’ rooms.

By late March, new COVID cases in Bucks County, Pennsylvania, had ramped up to as many as 90 per day. At the hospital, Anderson handled air filters and other surfaces that might have been contaminated with the deadly virus, also known to hang in the air.

In early April, Anderson, 51, came down with what he thought was a cold, according to his family’s lawyer, David Stern. On April 13 Anderson was rushed to the hospital, where he died of acute respiratory distress syndrome from COVID-19, according to the county coroner. He left behind a wife and two children, ages 5 and 9. 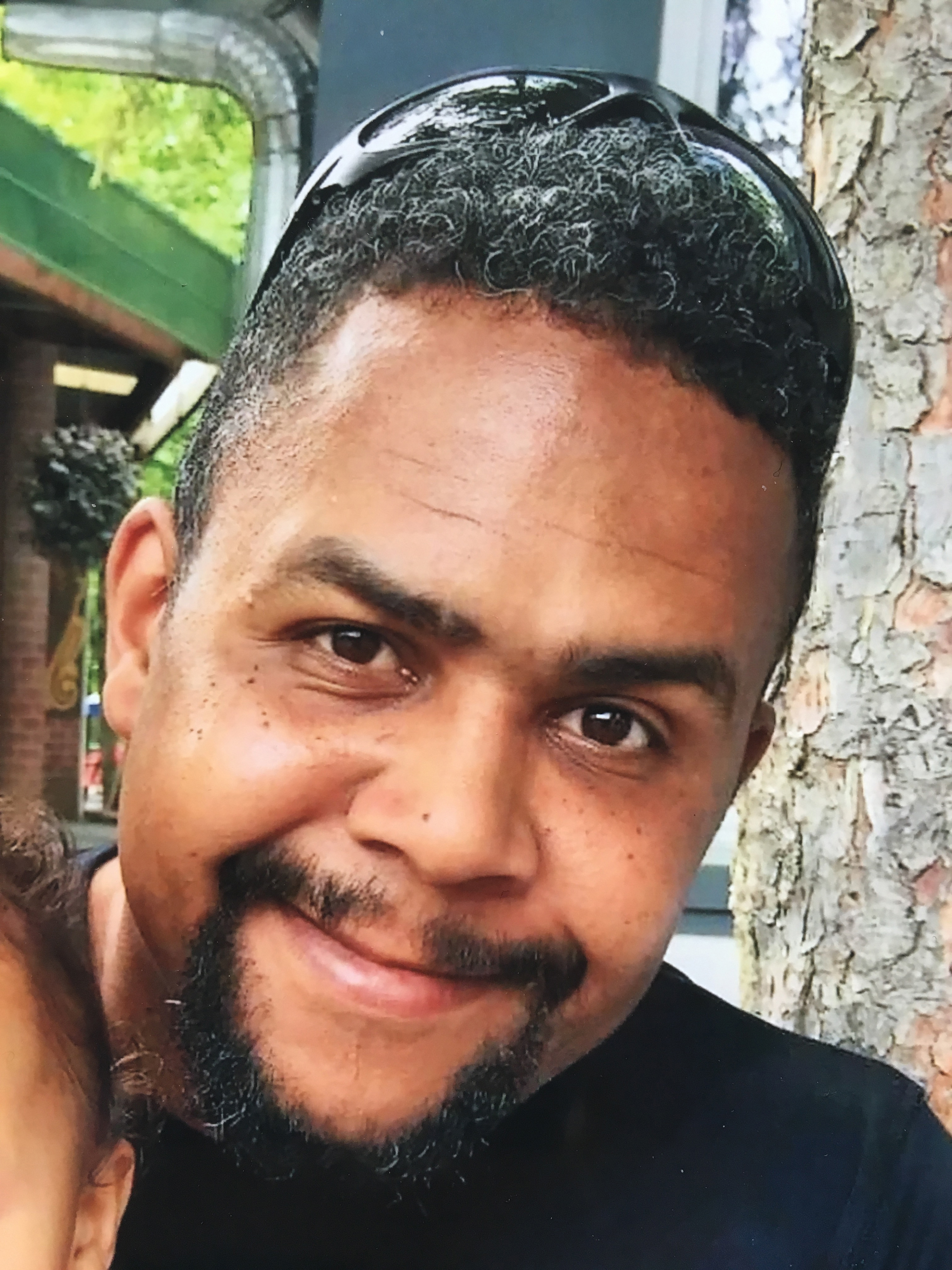 Anderson was exposed to the virus at work, the lawyer contends, making his family eligible for workers’ compensation death benefits paid by his employer’s insurer.

“His family deserves to have that income replaced,” Stern said. “Their husband and father certainly can’t be.”

As the COVID toll climbs, sick workers and families of the dead face another daunting burden: fighting for benefits from workers’ compensation systems that, in some states, are stacked against them.

In interviews with lawyers and families across the nation, KHN found that health care workers ― including nurses’ aides, physician assistants and maintenance workers ― have faced denials or long-shot odds of getting benefits paid. In some cases, those benefits amount to an ambulance bill. In others, they would provide lifetime salary replacement for a spouse.

Legal experts say that in some states COVID-19 falls into a long-standing category of diseases like a cold or the flu — conditions not covered by workers’ compensation — with no plans to change that. Other states force workers to prove they caught the virus at work, rather than from a family member or in the community.

“We are asking people to risk their lives every single day — not just doctors, nurses and first responders, but also nurses’ aides and grocery store clerks,” said Laurie Pohutsky, a Democratic Michigan lawmaker who proposed a bill to help essential workers get coverage more easily. “These people are heroes, but we have to actually back those words up with actions.”

In at least 16 states and Puerto Rico, officials have passed measures to make it easier for workers infected with the coronavirus to qualify for benefits for lost wages, hospital bills or death. Similar bills are pending in other states, but some face opposition from business groups over costs.
Many of the proposed actions would turn the tables on the status quo, forcing employers to prove workers did not catch the virus at work. Bills vary in the scope of workers they cover. Some protect all who left home to work during stay-at-home orders. Others are limited to first responders and health care workers. Some would cover only workers who get sick during states of emergency, while others would cover a longer period.

An early glimpse of data shows that health care workers and first responders, two groups hit hard by the virus, make up the majority of those seeking benefits. Data from the Centers for Disease Control and Prevention shows that more than 95,000 health care workers have been infected, a figure the agency acknowledges is an undercount. KHN and The Guardian U.S. have identified more than 700 who have died and told the story of 139 of them. For these workers’ families, the stakes of the pending laws are enormous.

In Virginia, attorney Michele Lewane is representing a nurse and a physician assistant who contracted the coronavirus while working at the same urgent care center. The physician assistant, who administered COVID tests, was hospitalized with COVID-19 and pneumonia for about a week. He missed five weeks of work.

When the physician assistant asked the urgent care center for paperwork to file a workers’ compensation claim to cover his hospital bill, an administrator refused to hand it over, saying coronavirus treatment wouldn’t be covered, Lewane said. He was laid off days later and left with a $60,000 hospital bill.
Lewane said the law in Virginia will likely consider COVID-19 an “ordinary disease of life,” akin to a cold or the flu. She said she’d have to prove by “clear and convincing evidence” that he caught the coronavirus at work.

The bar is so high, she said, that she’s waiting to file a claim in hopes that Virginia joins many other states passing laws that make it easier for health workers to prove their cases.

Craig Davis, president-elect of the Virginia Trial Lawyers Association, said he took on a test case and received a quick denial of workers’ compensation benefits for a COVID-positive physician assistant.

“We think there’s an infinitesimal possibility of prevailing under our laws as currently written,” he said. His group is pushing for a legislative change.
In Montana, which has largely been spared by the pandemic, workers face even longer odds. A 64-year-old nurse at a small hospital there was hospitalized for eight days with COVID-19 in April, according to her Great Falls lawyer, Thomas Murphy. She remains at home on oxygen, unable to work.

The woman filed a workers’ compensation claim, which could qualify her for up to $800 a week in lost wages plus lifetime coverage of medical bills related to her condition. Instead of agreeing to those benefits, Murphy said, the insurer offered to settle for $17,000, which she declined because it would not cover her medical bills.

Murphy said the employer, which he did not name to protect his client from retaliation, is arguing that she was the first person at the hospital to contract the virus, so she likely didn’t get it at work. However, he noted that two other hospital employees and six patients tested positive within the next two weeks and his client went few places other than work.

In Montana law, the burden of proof lies on the employee to show an illness was work-related.

“We’re going to have to try to piece together all of the sources” that might have infected her — “and prove that it’s more probable than not that she got it at work,” Murphy said. “Women like this woman are going to have a hard road ahead of them.”

The Montana Legislature isn’t set to meet until January, and an executive order appears unlikely.

In New Jersey, attorney Rick Rubenstein is representing the widow of a man who worked as a housekeeper at a nursing home, doing laundry and occasional patient care. Not given protective gear by his employer, the man caught COVID-19 and had a lengthy stay in the intensive care unit before he died.

His wife has the virus now and was faced with a default — no answer in 35 days — after seeking benefits in New Jersey’s workers’ compensation system. They would cover her husband’s $188,000 hospital bill and survivor’s pay of $308 per week.

“She’s isolated, doesn’t know what her own health future holds and doesn’t have an explanation of why this stuff is happening,” Rubenstein said. “It’s terrible.”

A bill proposed in New Jersey would make it easier for essential workers who got COVID-19 during the state of emergency to prove that they got it on the job. The bill was passed by the state Senate and is pending before the General Assembly.

The New Jersey Business & Industry Association has opposed the bill, saying it would push higher workers’ compensation insurance rates onto businesses that are “struggling to survive.”

“Our concerns are primarily that the cost of these claims can overwhelm the system, which was not designed to handle claims during a worldwide pandemic,” NJBIA Chief Government Affairs Officer Chrissy Buteas said in a statement.

While there are no national estimates of how many are filing claims for workers’ compensation ― or getting approvals ― Massachusetts provided KHN with a summary of its coronavirus reports from March, April and May.

Florida posted similar data, showing a higher rate of denied claims for health care workers. While 1,740 health care workers sought benefits related to COVID-19, about 30%, or 521 claims, were fully denied. Among the 1,200 who were paid benefits, the amount paid added up to $1.3 million.

The cost of covering 9.6 million first responders and health workers nationally could range from $1 billion to $16 billion, according to the National Council on Compensation Insurance, which provides insurance rate recommendations for 38 states. The bill is paid by employers who buy workers’ compensation insurance, employers that self-insure and taxpayers, who support government agencies.

Those estimates do not include New York or California, where Gov. Gavin Newsom’s executive order broadening coverage through July 5 is projected to add about $1.2 billion to California’s costs.

In many states, business associations consider proposals to expand workers’ compensation too costly and too broad.

A proposed California bill would extend Newsom’s executive order and put the burden on employers to prove that “critical workers,” including those in retail, warehousing and delivery, who got the coronavirus did not get it at work. The bill has critics.

“California employers have been significantly impacted by this crisis and simply cannot be the safety net for this pandemic by providing workers’ compensation benefits for all employees, even when they are not injured at work,” according to a letter of concern signed by the California Chamber of Commerce, California Hospital Association and others.

A federal backstop may become available. Sen. Tammy Duckworth (D-Ill.) and a bipartisan group of lawmakers introduced a bill that would create a federal fund for essential workers, including health care personnel, who get sick or die from the coronavirus. The Pandemic Heroes Compensation Act would be modeled after the September 11th Victim Compensation Fund.

In Pennsylvania, there is no presumption that COVID-19 is acquired on the job.

Stern, the lawyer for Anderson’s family, filed a “fatal claim” in May with the state workers’ compensation board, which passed it on to the employer.

A St. Mary Medical Center spokesperson confirmed in an email that Anderson worked there for 23 years and was a maintenance mechanic. She would not discuss his case. “We are extremely saddened by his death,” she wrote. “We are not able to provide additional information out of respect for his and his family’s privacy.”

Mark Banchi volunteers with hospital chaplains and knew Anderson for over 30 years. He said co-workers are reeling from the death of a man who “was enthusiastic, gregarious, friendly.”

“His loss to the hospital is real,” Banchi said. “Some people lift spirits, some people make you glad you came that day, and Mike was one of those people.”

In addition to working at St. Mary for $22 an hour, Anderson had a cleaning job at a car dealership. Stern said Anderson was unlikely to be exposed to the virus there. If Stern prevails, the family would receive two-thirds of Anderson’s combined pay, capped at $1,081 a week.