EXCLUSIVE: Ali Abbas Zafar’s two part superhero film with Katrina Kaif to be made on a Rs. 200 crore budget!

Tweet
Share
Share
Pin
Recently in an interview, Ali Abbas Zafar confirmed that after working with Katrina Kaif in Tiger Zinda Hai and Bharat, he is all charged up for a hat-trick of collaboration with the actress. The filmmaker will be directing Katrina in India’s maiden female superhero film and he also confirmed that the script is locked, and he is currently designing the action with an international stunt team. Bollywood Hungama has EXCLUSIVELY learnt that Katrina’s superhero film will premiere direct on Netflix as a Netflix Original Film and Ali is planning to make a two part superhero film with the actress. And that’s not all, Netflix has sanctioned Rs 80 to 85 crore to Ali for the first part of the film. 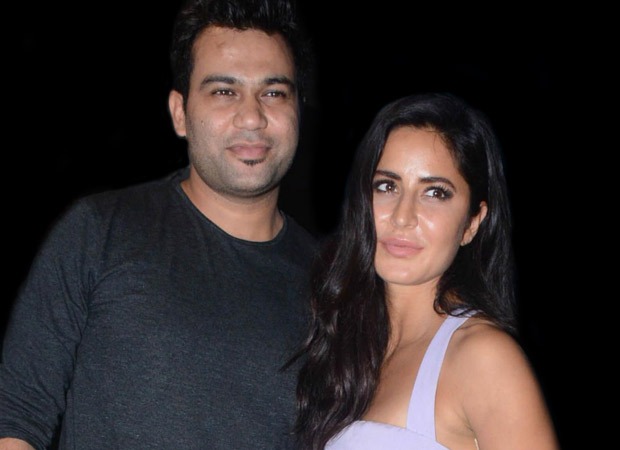 “It’s a massive film mounted on a never seen before scale for a female protagonist. Ali was very keen on making it as a feature film for the big screen, but he wasn’t able to raise the funds that were needed, following which he decided to go the OTT way. The filmmaker is of the belief that his next will be a game-changer of sorts for the genre and will pave way for many more women centric action films in Bollywood,” revealed a source close to the development, adding further that this would be the biggest budget in history of Bollywood for a film led by women. “And who better than Katrina for this,” the source shares.

Deepika Padukone too was planning a superhero film, but she couldn’t get a script and an able director in place, following which the plans were shelved for good. It was just a one line idea that got her excited to make an informal announcement, but nothing materialized post that. “It’s solely Ali’s vision and passion for the film that has got him a mega deal with Netflix. Any other director would have shelved the film, but he is keen on making Kat the first female superhero of India. The script calls for some outstanding special effects and Netflix is also excited to be a part of a revolution in Bollywood,” the source informed, adding further that Katrina is also training in her own way possible at home to pull off the unbelievable larger than life stunts in the film.  “The budget of part two will be decided based on how part one of the superhero film fares. But the idea is to go a notch higher as the story moves forward and take a stride in budget too, going above Rs. 100 crore, taking the net-worth of Katrina’s film close to Rs. 200 crore.”

The yet untitled film will go on floors once normalcy seeps in and will be shot lavishly in India and abroad. Apart from Ali’s next, Katrina is fronting a horror comedy titled Phonebhoot also featuring Ishaan Khatter and Siddhant Chaturvedi. She was also in advanced talks for comedy centred around a funeral, Deadly with Vikas Bahl, however eventually walked out of the film owing to the controversial image of the director. “Katrina is among the biggest stars in India and doesn’t want to tamper her brand or attract any controversies. She is looking forward to doing the best possible work riding on her shoulders in the current phase of her career and Ali’s superhero film is a step forward in that aspect,” the source signed off.