By: climaxnews
In: Business
Tagged: certain', Johnson
With: 0 Comments 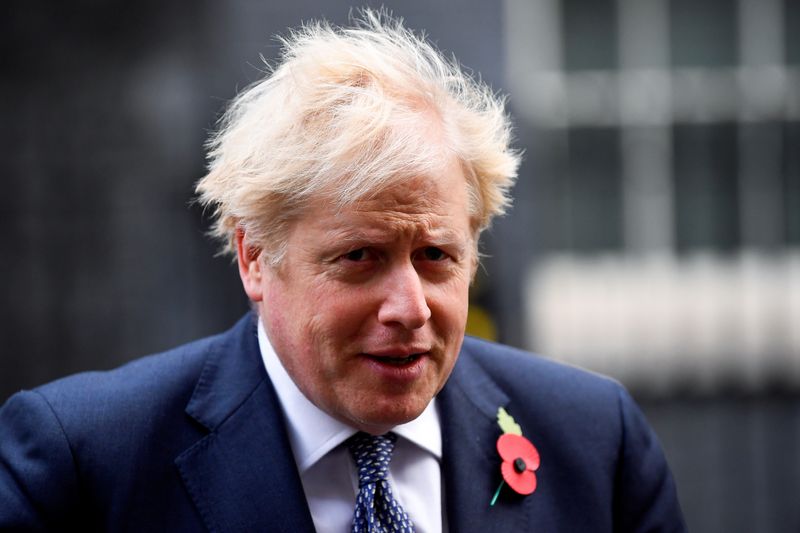 LONDON (Reuters) – Prime Minister Boris Johnson warned his top ministers on Tuesday it was far from certain that a trade agreement would be reached with the European Union but that Britain would thrive with, or without, a deal.

With only a little more than six weeks before Britain completes its journey out of the EU by ending a transitional arrangement, both sides are urging each other to shift position to allow for a deal to govern nearly $1 trillion in annual trade.

Both say progress has been made but it is far from clear whether or what trade-offs they are considering as they head for the final stretch of talks. Differences remain on fair competition guarantees and fisheries.

At a cabinet meeting, Johnson told his top ministers his position had not changed – he wanted a deal but not at “the cost of our core principles around sovereignty and control over our laws, borders, money and our fish”, his spokesman said.

“We are working hard to find solutions which fully respect UK sovereignty, but it is far from certain that an agreement will prove possible and time is now very short.”

Johnson has said he is confident Britain will prosper even if his negotiating team are unable to strike a trade deal.

A “no deal” finale to the Brexit crisis would shock financial markets and disrupt delicate supply chains that stretch across Europe and beyond – just as the economic hit from the coronavirus pandemic worsens.

While many businesses are concerned about a no-deal, the fisheries industry made clear to Johnson he had to get them a good deal that met the promises he made to “take back control” and not backtrack on his election pledges last year.

Lobby groups, the National Federation of Fishermen’s Organisations and the Scottish Fishermen’s Federation, said in a letter the “wrong deal on fishing would constitute failure to deliver on those promises made to the industry”.