Edible Bugsnax Are a Thing Now

The Next Big Thing in Snacking?

There’s been a big surge in food based on the media in the past few years.Whether it’s a cookbook based on Bob’s Burgers or YouTube channels devoted to creating snacks based on the food from movies or TV shows, like Babish (See below to see their take on Rachel’s trifle from Friends because as a Brit I’d like to take this moment to remind you that this isn’t what we eat), we’re no longer happy just seeing the food on TV or in games, we want to try it for ourselves.

Out of all the launch games for the next generation of consoles, Bugsnax is the only one with a focus on eating. It’s right there in the name. Bugsnax sees you exploring Snaketooth Island to track down the titular Bugsnax- half bug, half snack creatures.

While bugs are definitely edible, even in snack form (speaking from experience, crickets taste like pistachios) it’s not something most people would usually pick over, say a candy bar or a pack of potato chips, but thanks to Pixellated Provisions – a food blog by Victoria Rosenthal, who’s also released recipe books based on Fallout and Destiny – you can now cook up your own Bugsnax in the kitchen. 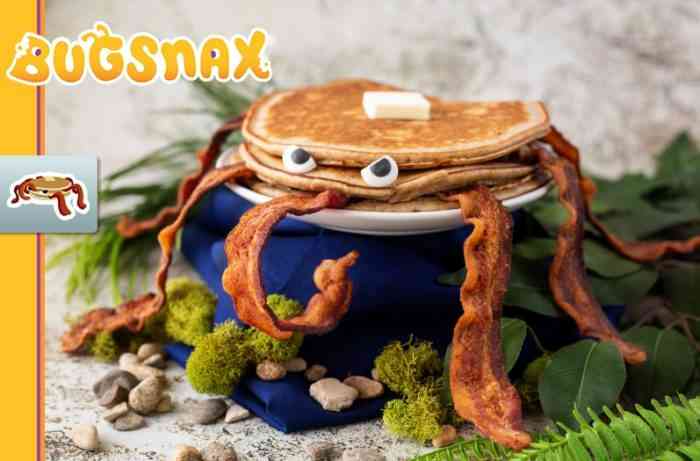 Keeping with the bug theme, the latter two recipes replace regular flour with cricket flour – a flour substitute created from freeze-dried and ground crickets. If you’ve been looking to incorporate actual insects into your diet this might be a good shout, or you could always try your hand at substituting with regular flour.

What’s the weirdest thing you’ve ever eaten? Let us know down in the comments, or hit us up on Twitter or Facebook.