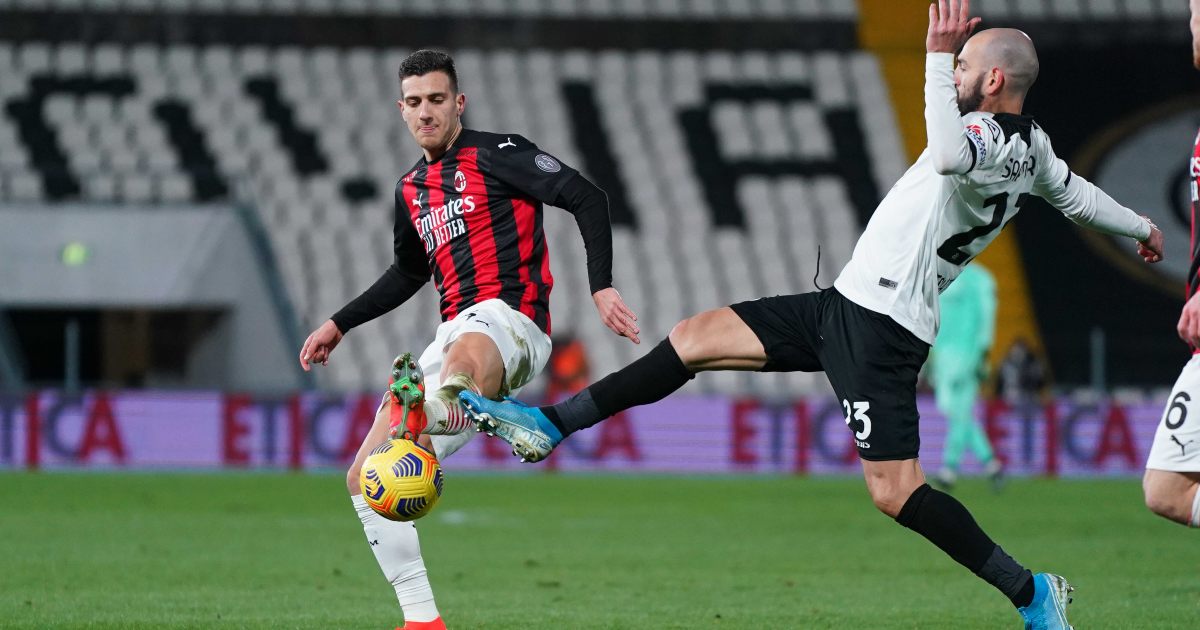 Diogo Dalot is likely to return to Man Utd in the summer after his loan spell with AC Milan took a turn for the worse over the weekend, according to reports.

The right-back joined the Italian club on a season-long loan deal in October after failing to get enough playing time under Ole Gunnar Solskjaer at Old Trafford.

Dalot joined the Premier League club from Porto in 2018 when fellow Portuguese Jose Mourinho was manager.

The 21-year-old has struggled to impress under Stefano Pioli this season, appearing 17 times in all competitions with Dalot only making five starts in Serie A this season.

There had been mixed speculation about whether Milan could make his move to the San Siro permanent in the summer but his poor display against Spezia seems to have persuaded the media in Italy that he’s unlikely to stay.

Our friends at Sport Witness compiled reaction from the Italian media with Milan News describing his performance in the 2-0 defeat to Spezia on Saturday as ‘disastrous’ and ‘horrible’.

While another Milan Live said: ‘The Portuguese full-back once again provided a largely negative performance, which was rejected by everyone.

‘It is not the first time that Dalot has not shown himself up to par. Apart from the San Siro match against Europa League opponents Sparta Prague, in which he scored a goal and an assist, his performances have never been really positive.’

Stockport fireworks a moving moment tinged by football apathy
2021-02-15
Previous Post: How do we know all those football statistics are true?
Next Post: Bill Gates: The 2021 60 Minutes interview