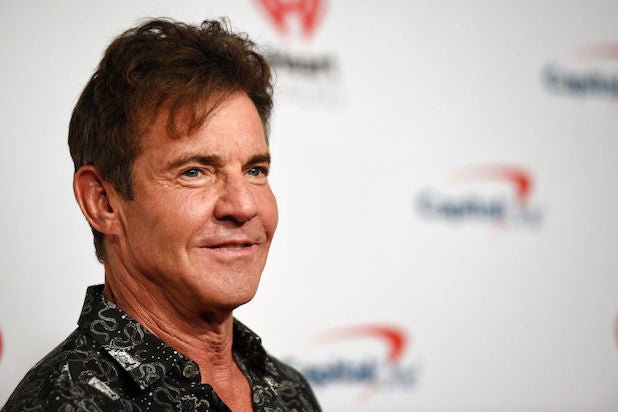 Dennis Quaid is participating in a $300 million ad campaign from the Health and Human Services Department to help “defeat despair” about the pandemic, according to a Friday report from Politico.

Senior officials have also recorded spots with the singer CeCe Winans and the department has approached Dr. Oz and the singer-songwriter Garth Brooks to also participate in the ad campaign, which the HHS is looking to begin airing before Election Day, Politico reported.

The ad campaign, which was first reported on by Politico last month, was described in an internal HHS document as an effort to “defeat despair,” build a “coalition of spokespeople” and inform Americans about reopening phases.

“By harnessing the power of traditional, digital and social media, the sports and entertainment industries, public health associations, and other creative partners to deliver important public health and economic information the administration can defeat despair, inspire hope and achieve national recovery,” the document said, according to Politico.

Dennis Quaid has previously been vocal about his support for Trump’s response to the pandemic. “I think Trump, no matter what anybody thinks of him, is doing a good job at trying to get these states — and all of the American people — what they need, and also trying to hold our economy together and be prepared for when this is all over,” the actor told the Daily Beast in April.

Representatives for HHS and Quaid did not immediately respond to TheWrap’s request for comment.

From Guns N’ Roses frontman Axl Rose to pop star Rihanna
Over the years, many musicians have publicly objected to having Donald Trump use their songs during his rallies and campaign events.