Football is a funny old game, with players linked to a transfer to another side often given the chance to display their skills against their potential new employers in an audition like fixture.

That was the case at the new Tottenham Hotspur stadium on Wednesday when Southampton travelled to North London in the Premier League.

Saints striker Danny Ings has long been linked to the Lilywhites and definitely would have impressed the Spurs faithful with his cultured header to open the scoring.

Spurs came back to win 2-1 thanks to a last-gasp Son Heung-min penalty, but Darren Bent was more than pleased to see Ings’ movement and finish, amid links to the pundit’s former side.

The former Tottenham bags-man said on Sky Sports: “It’s an unbelievable bit of forward play, it’s a great bit of movement from Danny Ings, he doesn’t have to do too much though as Serge Aurier is not tight enough.

“But to direct a header there off the back post is an absolutely superb header. 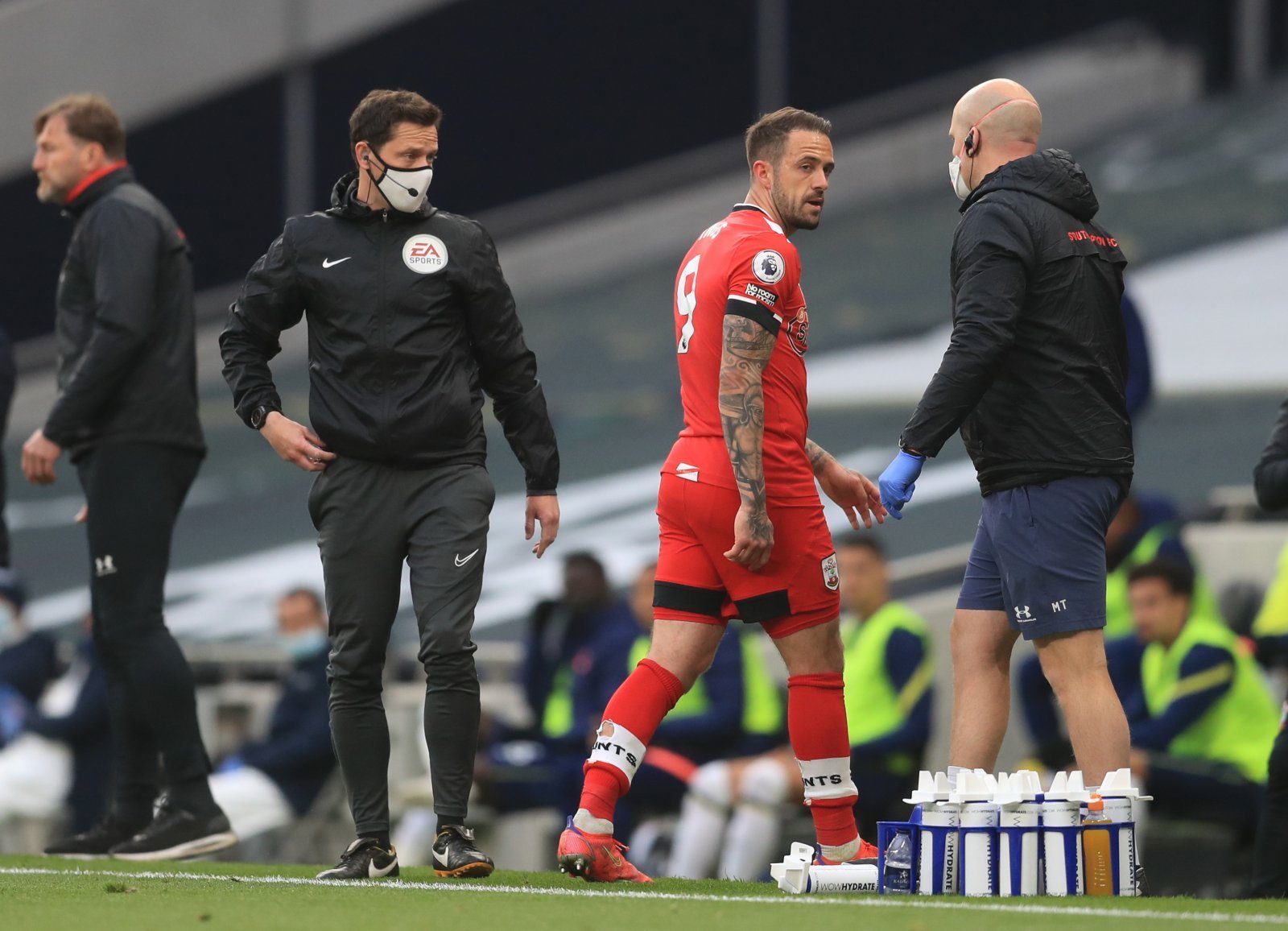 Injury meant Danny Ings was forced to depart the pitch early against Tottenham Hotspur on Wednesday.

“It is an unbelievable bit of technique from Danny Ings but I expect no less from someone of that quality but that is not an easy header.”

Jamie Redknapp then added: “He’s a brilliant forward and that is a really special header.”

Ings would definitely have passed the Spurs audition despite being on the losing side, and the 28-year-old has only one year left on his deal at St Mary’s.

It appears the south coast side could instead opt to keep him for a further year and lose him on a free, rather than take a fee now and be without their star number nine.

A major concern for Ings is and, always has been, injuries, with the forward getting an early bath again on Wednesday after coming off with a groin problem.

Finding it difficult to play two in every three games would surely relegate Ings to nothing more than a rotation option at any top-level club that acquires him, but is he still wise to seek one last big move in his career?

CNR: ‘What a player’, ‘Unreal’: Some Arsenal fans react to forward’s display vs Slavia Prague