Mother’s day special: Ten teeny-tiny kids we saw twinning with their celebrity mommy’s leaving us in an ‘Awww’ expression » Bride surprises groom by giving him a YACHT on their wedding day

‘It’s hard to get you something that you don’t already have’: Bride goes viral after giving her groom a YACHT during lavish Miami wedding– leaving guests STUNNED and her husband in tears

#WeddingGift​: Lady buy #yacht​ for her husband as wedding #gift

Most brides and grooms just exchange rings on their wedding days — but one newlywed celebrated the big moment by giving her new husband a yacht at the end of their wedding ceremony.

Janeen Soler and Trederick Gray tied the knot on a megayacht in Miami, Florida on March 7, and video from their glamorous outdoor nuptials has quickly gone viral.

While guests looked on, Janeen, who works as a realtor and runs an auto dealership with her new husband, took the microphone from the officiant to tell Trederick that she wanted to get him something special — and then turned him around to see his brand new boat on the water.

Surprise! A bride has gone viral online after she gave her groom a yacht as a surprise gift during their lavish Miami wedding.

A man and a woman looking at the camera: Surprise! A bride has gone viral online after she gave her groom a yacht as a surprise gift during their lavish Miami wedding.

The video was shared by wedding videographer Morgan Scott Films on Instagram, and has since continued to go viral on Twitter.

Janeen and Trederick are seen standing at the altar at Seafair Miami, a megayacht event venue. He is wearing a white tuxedo, and she is dressed in a stunning white off-the-shoulder gown.

Bride Janeen borrowed the microphone from the wedding officiant to share a special announcement.

‘I didn’t know what to get you,’ she tells him as beams at her. ‘You gave me my dream wedding, and it’s hard to get you something that you already don’t have.

But, she adds, ‘Since we’re in Miami, I figured it’s only fit for me to buy you a yacht.’

Here, she turns Trederick to face out toward the water, where he can see his brand new luxury boat waiting for him.

Luxury: The couple’s wedding took place on an enormous megayacht in Miami, where they were joined by an enormous bridal party

A group of people standing in front of a building: Luxury: The couple’s wedding took place on an enormous megayacht in Miami, where they were joined by an enormous bridal party

The guests at the wedding clamor for a peek, too, smiling in surprise and whipping out their phones to record the incredible moment.

The newlyweds share a hug while the crowd celebrates around the couple.

On Twitter, viewers have shared their impressed and envious reactions to the pricey gift, with many wondering how they could live such a life.

‘I need this ENERGY!!! A yacht buying wife kinda energy,’ wrote one.

‘For real? How can I access this parallel Universe?’ asked another.

‘Nothing is sexier than both partners having their own money so they can spoil each other silly,’ said a third.

‘Love slaps differently when money is involved,’ another commented. 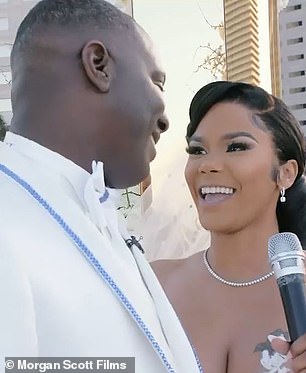 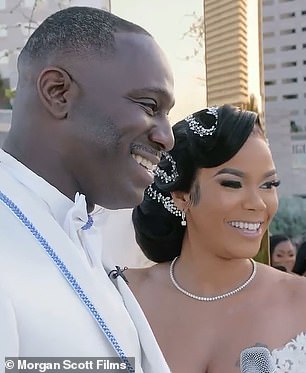 Tears of joy: Trederick actually welled up with joy after his new wife shared the gift 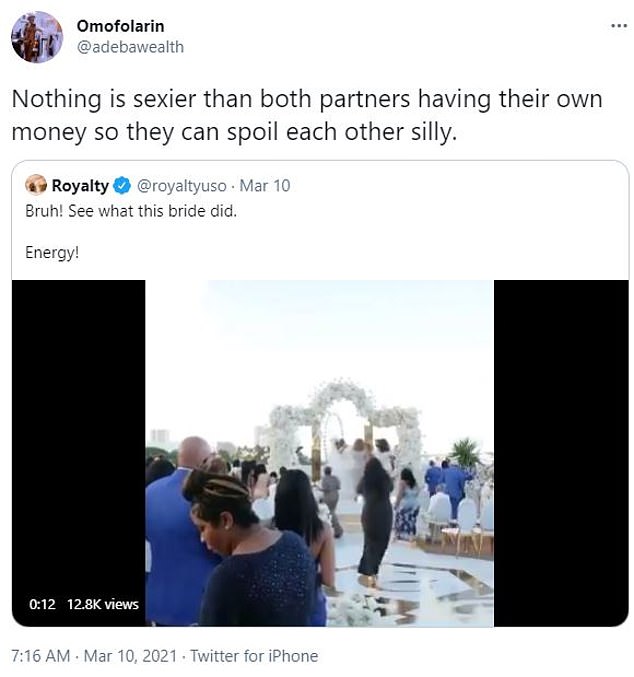 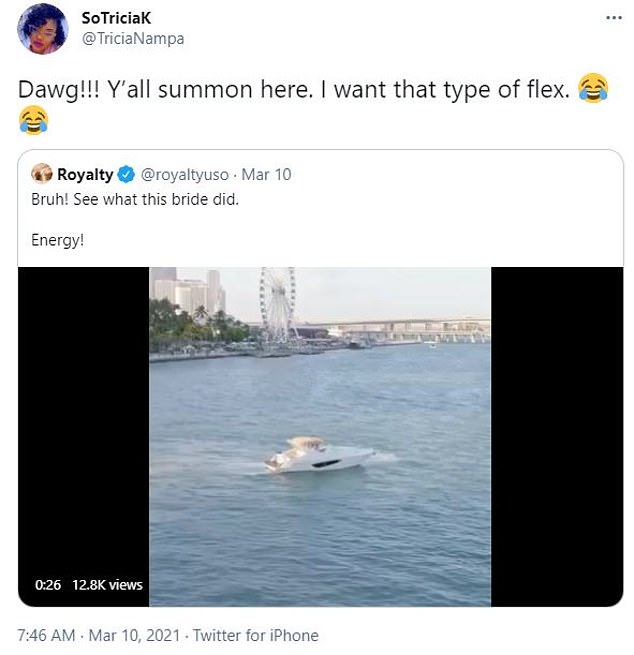 WATCHImpressed: Video of Janeen revealing the gift has gone viral on social media, where users have expressed shock over the lavish present

Who is Dancing On Ice star Sonny Jay’s gorgeous fiancee? Here is what you need to know A Couple Gave Birth To Beautiful Twins, See Where They Are Now Take An Inside Look At NFL Quarterback Patrick Mahomes’ Kansas City House Lovers in the Life of Scarlett Johansson Fat Nwigwe Says ‘Family Order’ Is How She Is Able To Balance Being A Mother And Wife Jennifer Lopez and ex Marc Anthony console crying daughter Emme, 13, on video call… after singer SPLITS from fiancé Alex Rodriguez ‘over friendship with reality star Madison LeCroy’. 5 Signs A Man Is Emotionally Available. 3 Signs He’s No
2021-03-12
Previous Post: Sustainable Seafood Awards Australia 2021 names winners
Next Post: Tom Brady signs extension with Tampa Bay Buccaneers