By: climaxnews
In: Business
Tagged: Australian, Public
With: 0 Comments 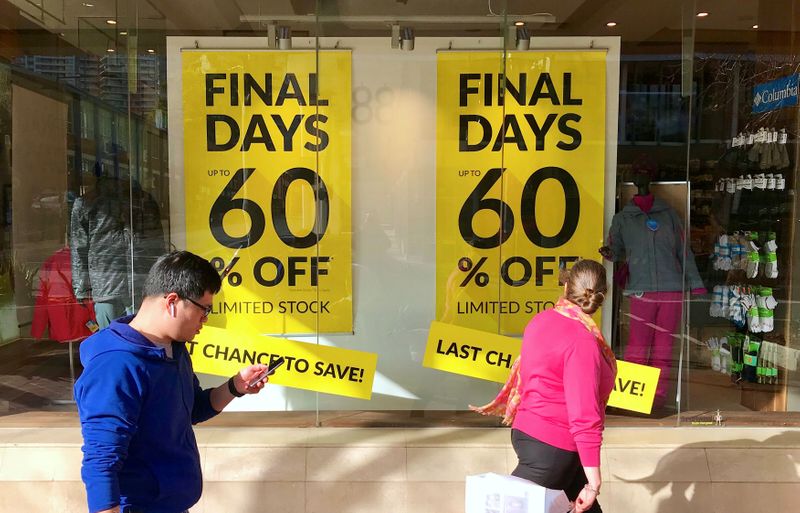 © Reuters. Shoppers walk past sales signs on display in the window of a retail store at a shopping mall in Sydney


By Colin Packham and Swati Pandey

The massive fiscal stimulus has led the Treasurer to abandon a long-held aspiration to return the budget to surplus as he signalled fiscal policy will remain accommodative at least until the unemployment rate is “comfortably” back below 6%.

Australia is in its first recession in three decades with policymakers expecting unemployment to rise to about 10% in coming months from 6.8% in August.

On Friday, Frydenberg estimated a budget deficit of A$85.3 billion for the last financial year.

The deficit is projected to skyrocket to A$185 billion in the current financial year-ending in June 2021, more than three times the previous record of A$54.5 billion seen during the 2008/09 global financial crisis.

At 9.7% of GDP, this would be the highest since the end of World War Two.

“The road back will be long, bumpy and hard,” Frydenberg said.

The Reserve Bank of Australia (RBA) will hold its monthly policy meeting on Oct. 6, hours before the budget, and some economists are predicting a cut to the cash rate to 0.10% from a record low of 0.25% now.