3 Teams that Should Sign Gordon Hayward in Free Agency

By: climaxnews
In: Sports
Tagged: Should, Teams
With: 0 Comments

Tweet
Share
Share
Pin
Gordon Hayward has opted out of his contract with the Boston Celtics in order to become a free agent. The move has come as a surprise since many expected him to take up his $34 million player option.

Now that Hayward is a free agent, it will be interesting to see which teams make a run to sign him. His value may have diminished due to recurring injuries and decreasing athleticism, but he is still a young forward with good potential and can contribute to a good team.

Here are a few teams that should try to acquire Gordon Hayward.

Gordon Hayward and the Indiana Pacers 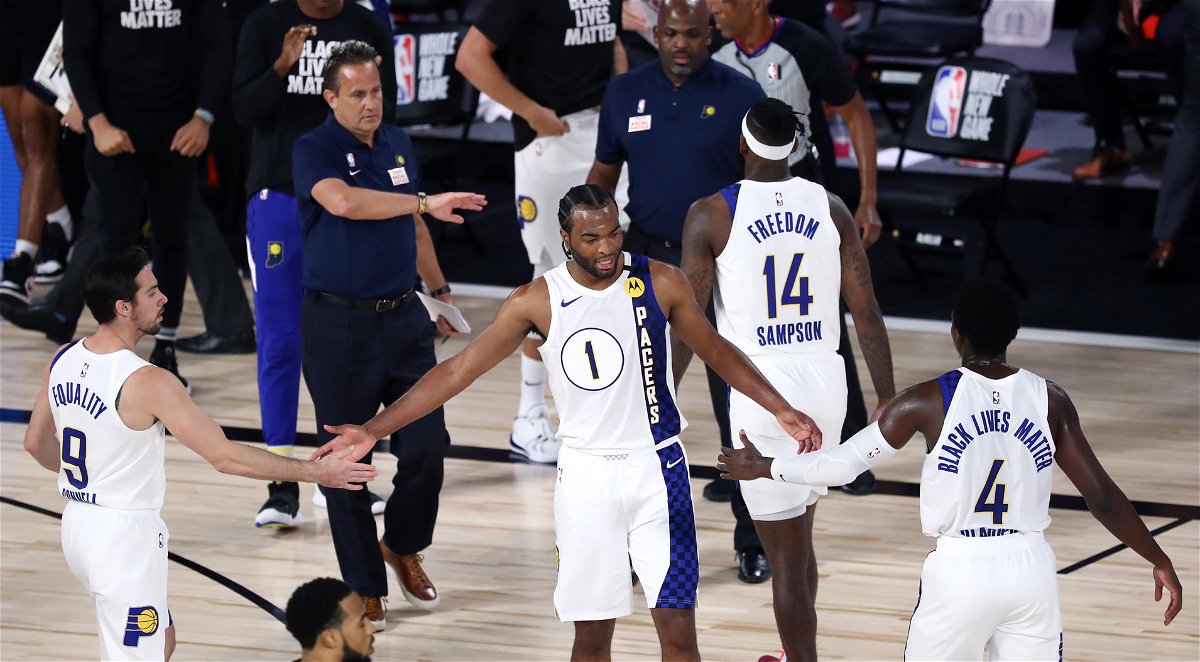 The Indiana Pacers had been rumored to trade for Gordon Hayward earlier this year. This was because they believed he would take up his player option with the Celtics. But now that he is a free agent, he is a real option for the Pacers. The team already has a good core which led them to the fourth seed in the Eastern Conference last season. Hayward would add significant quality to the team.

However, acquiring Hayward may not be easy. He could be looking for a high payday, which won’t be easy for the Pacers while Victor Oladipo is on the books. If they can convince Hayward to sign a short-term deal with them, so that he can enter free-agency next season, it might be enough. Or, they could call time on the Oladipo experiment, and see if there are teams who would be interested in trading for him.

Gordon Hayward and the Charlotte Hornets

The Charlotte Hornets have reason to be optimistic. They acquired arguably the best player in the 2020 NBA Draft in LaMelo Ball. Now, Michael Jordan and Co. must build a solid team around him. Adding Gordon Hayward would be a great move. He provides quality on the attacking front. Given LaMelo’s excellent playmaking abilities, Hayward could be the guy to finish all the opportunities LaMelo creates.

The Hornets must first create some cap space for Hayward. Additionally, getting a player of Hayward’s quality to come to a smaller market such as Charlotte will not be easy, given that he’s exiting a big market in Boston. But should the Hornets be able to convince Hayward, they would have a good core duo of Lamelo Ball and Gordon Hayward. That is cause for excitement.

While Hayward in the Blazers may seem odd, the move could work. The addition of Hayward to the Blazers squad could add a potential third star to the team. Damian Lillard and CJ McCollum are already two excellent players. Adding another option on the attacking front would be an excellent move from the Blazers team.

The Blazers often struggle to get past the hump of the Western Conference playoffs. The addition of Hayward could help elevate their game to the next level. Again, the issue for Portland is cap space. They must clear up space to afford Hayward’s potentially massive contract.

Gordon Hayward is a gamble for any team. But if he can return to his best, he will pay dividends for whichever team chooses to sign him. It will be interesting to see who chooses to sign Hayward in free agency.

Get notified about breaking news and watch highlights on the go; join the Arena on NBA Hoops


NBA & NFL Writer. Believes that Derrick Rose would be a top-3 player today had he not gotten injured. The harsh truth is OBJ peaked after THAT catch in 2014.